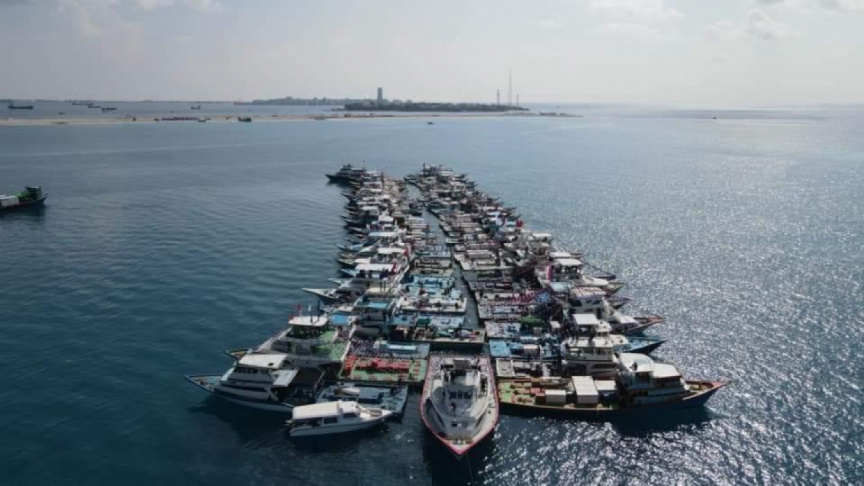 Bodu Kanneli Masveringe Union (BKMU) has announced plans for a rally at sea on Fishermen’s Day to raise concerns of their members and the fishing community at large.

BKMU’s president Hussain Nasheed told Sun that the union, after holding its annual meeting on December 10, will raise concerns of the fishing community.

He said the time for the rally has yet to be decided, as Fishermen’s Day falls on a Friday this year.

“All fishermen will gather for a committee meeting tonight. The exact time will be decided at the meeting,” said Nasheed.

Nasheed said the rally will be held near Male’ City.

He said that some 70-100 fishing boats are expected to join the rally.

BKMU was founded and its inaugural meeting held on Fishermen’s Day last year.

Nasheed said that authorities have yet to address the concerns raised by the union last year.

He said that the chief concerns of the fishermen remain the lack of fair price for yellowfin tuna, and the low income for the fishermen due to the low price.

Active cases at Mahibadhoo increased to 85 in a week