Ambassadors from Tunisia and Austria present credentials to President Solih 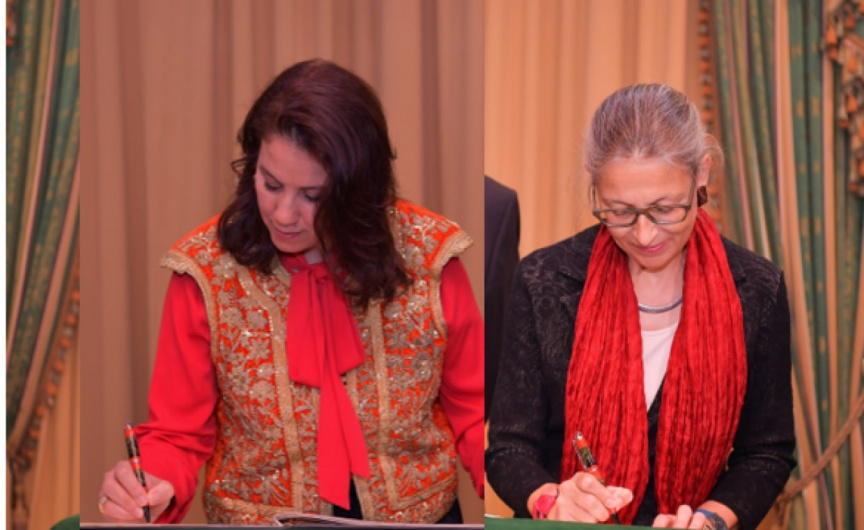 New ambassadors from Tunisia and Austria have presented their credentials to Maldivian President Ibrahim Mohamed Solih.

The new Tunisian ambassador to Maldives, Hayet Talbi Bilel presented her letter of credence to President Solih in a ceremony at the President's Office on Monday morning.

In a meeting following the presentation of credentials, President Solih and Ambassador Bilel discussed a wide range of topics, including strengthening bilateral relations, the COVID-19 situation, development cooperation, and bolstering international cooperation.

President Solih described Tunisia as a seaside nation bound by Islamic solidarity, similar to the Maldives, and spoke about the many shared common interests between the two.

He said that Maldives was committed to working with Tunisia based on their common goals, and expressed hope of strengthening the two countries' long-standing ties.

President Solih expressed interest in exploring potential avenues of cooperation and the exchange of expertise in the fields of fisheries, agriculture, and tourism development.

He also spoke about enhanced collaboration at the United Nations, Organization of Islamic Cooperation (OIC), and the Non-Aligned Movement (NAM) and in the areas of human rights, counter-terrorism, peace, and security.

Concluding the meeting, both President Solih and Ambassador Bilel reiterated their commitment towards reinforcing bilateral ties between the two countries – established on September 10, 1983.

The new Austrian ambassador to Maldives, Katharina Wieser, presented her letter of credence to President Solih in a ceremony at the President's Office on Monday morning.

President Solih noted the significant progress in bilateral relations between the two countries and extended his gratitude for the continued support and cooperation extended by Austria to Maldives.

Briefing her on the COVID-19 situation in Maldives, President Solih shared his administration’s plan to revitalize the economy in the wake of the pandemic. Ambassador Wieser commended the decisions made by Maldives to manage the COVID-19 situation, as well as the country’s vaccination efforts.

President Solih expressed interest in establishing contact with academic institutions in Austria in order to increase higher education opportunities for Maldivian students. Ambassador Wieser assured the President that she would look into the possibility of strengthening cooperation in the field.

President Solih concluded the meeting by expressing his confidence in Ambassador Wieser for continued partnerships between the two countries.