Decision on MVR 2.4M sought by Yameen to be made this week 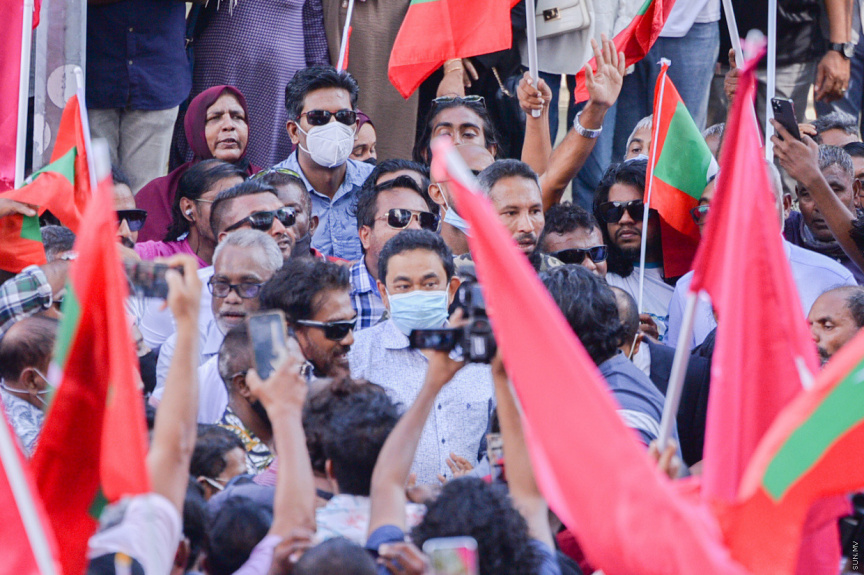 Finance Ministry states that a decision on MVR 2.4 million in allowances sought by former President Abdulla Yameen Abdul Gayoom for the period of his incarceration will be made this week.

Yameen has asked for the allowances he is entitled to by the state as a former president – which he did not receive during his two years in prison for money laundering – a conviction which was overturned by the Supreme Court last week.

Finance Ministry’s Media Director Mohamed Shanoon told Sun on Monday that Yameen made the request on Thursday, and that a decision regarding the request will be made before the end of this week.

“President Yameen made the request on Thursday. We will make a decision this week and announce it,” he said.

His lawyers said that he did not run an office as a former president, and therefore did not take the MVR 175,000 monthly allowance former presidents were entitled to under the law to run their offices.

The lawyers said Yameen was therefore seeking the allowances he was denied during the two years of his incarceration at the rate of MVR 100,000 per month.

Former presidents are also entitled to security. The MNDF restored security to Yameen following his acquittal last week, and the Finance Ministry has allotted MVR 4 million from the contingency budget to provide Yameen his allowances.