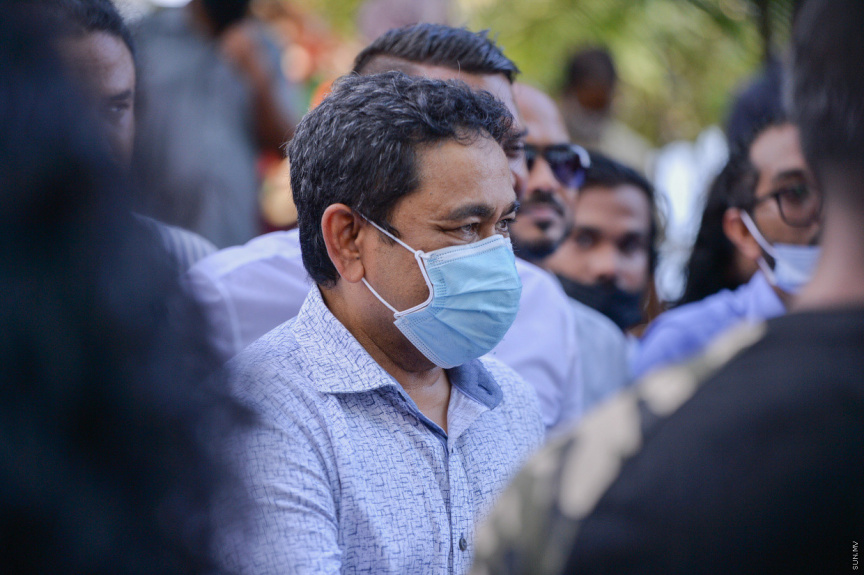 MVR 4 million has been allotted from the contingency budget to issue the allowances entitled to former President Abdulla Yameen Abdul Gayyoom.

The state budget passed for next year only included the issuance of allowances former presidents are entitled to, to former presidents Maumoon Abdul Gayoom, Mohamed Nasheed and Dr. Mohamed Waheed Hassan Manik.

According to the law, the benefits former presidents are entitled by the state includes security, a monthly allowance, and office administrative costs. The benefits and allowances entitled to Yameen was halted following his money laundering conviction. However, Maldives National Defense Force (MNDF) has now resumed providing security to him.

With the Supreme Court squashing the conviction on Tuesday, Yameen will be entitled to receive the benefits and allowances that must be given by the state to former presidents.

Speaking to Sun regarding the budgeting Yameen’s allowances, Finance Ministry’s Communication Director Ahmed Lamaan said that it will be ensured that Yameen receives the allowances he is entitled to in line with the relevant laws and regulations.

“Such a circumstance had arisen previously as well. When the budget was passed for 2018, during Yameen’s administration, allowances for Nasheed and Maumoon were not budgeted as they were serving sentences. Later on, allowances were allotted from the contingency budget. Since Yameen is freed now, the allowances entitled to him will be given through the contingency budget in line with the relevant laws and regulations,” he added.

The Supreme Court ruled to overturn High Court’s decision to uphold the original sentence on Tuesday.

MVR 38.4 mil earned from Atoll Shops given to councils