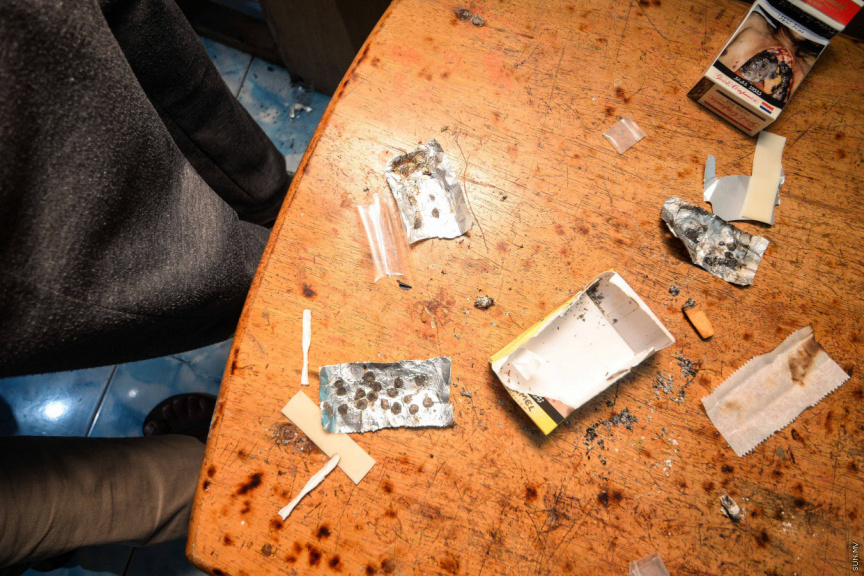 Police have arrested four individuals with drugs during drug operations carried out in two islands.

They said that the operations were conducted based on information received by Police Intelligence.

In this regard, the Police detailed that an operation was carried out in N. Maalhendhoo upon receiving information that a drug trafficking business was run at a house on the island. A 38-year-old Maldivian man was arrested during the operation which was conducted on December 2. Subsequently, the Police had searched his residence under a court order – where they discovered and seized 22 paper pieces and four rubber packets containing drugs.

Maalhendhoo Magistrate Court had remanded him for 15-days in police custody, afterwards.

The second operation was carried out at Addu City’s Meedhoo. A 55-year-old Maldivian man was arrested during this operation. Police said that when he was searched, he was carrying two rubber packets containing drugs.

The Police further said that two persons were stopped and searched on the night of December 1 in Meedhoo, during which they were able to seize two rubber packets containing drugs. The two individuals were arrested subsequently. The Police have identified the two as a 54-year-old Maldivian man and a 35-year-old Maldivian.

Meedhoo Magistrate Court remanded the three of them in police custody pending the outcome of trial, afterwards.

On December 1, a large quantity of alcohol was seized during an operation conducted in Male’ City and suburban Hulhumale’ – based on intelligence received of an illegal alcohol trafficking operation.