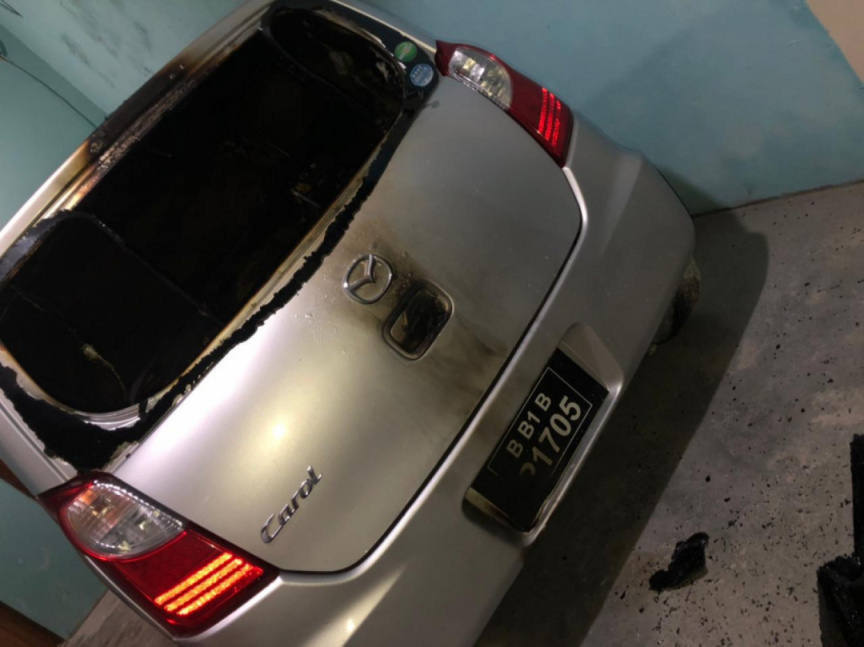 Police have been asked to investigate after a car owned by Abdulla Ihsaan, who works as a lawyer for the Addu City Council, was found torched.

Ihsaan told Sun he believes his car was deliberately torched, and it might be linked with his work.

“This was deliberate, with the trunk window was smashed in, petrol poured in, and [the car] set on fire. It has been made usable now. I believe I was targeted because of my work. Several cases involving the Addu City Council are currently being heard at the High Court. So someone may have a grievance against me in connection to my work,” he said.

Ihsaan said he has good relations with his family and friends, and does not understand why anyone he knows would have the motive to damage his property.

He described the arson attack as a cowardly and uncivilized act.

Addu City’s Deputy Mayor Mohamed Shuau told Sun that Ihsaan, in addition to representing the council in court proceedings, is also a member of the council’s key bid committees.

Shuau said the council was concerned over the attack, and would always work to protect the rights of their employees.

“The case has been reported to the police. That’s how we will know for certain how this happened. We do not condone such attacks against council’s employees. We condemn such attacks, especially against employees who undertake such important work, in the harshest terms,” he said.