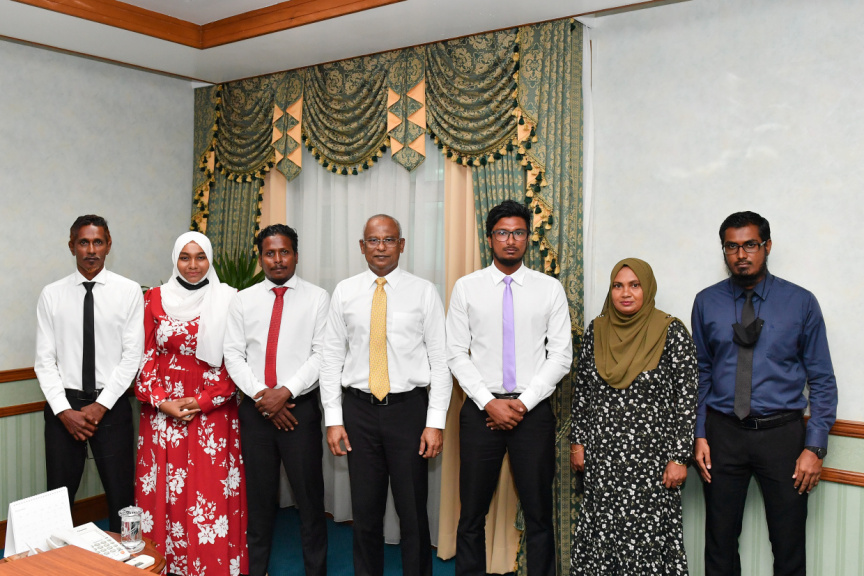 ADh. Fenfushi Council has met with President Ibrahim Mohamed Solih on Thursday, to share their most pressing concerns.

Briefing Sun regarding the meeting, Fenfushi Council President Ahmed Abdul Shukoor said that the seven most pertinent needs of the Council at present, was shared with the President.

“The seven most important issues that need to be addressed at our island, was shared with the President. We raised concerns due to delays pertaining to addressing these issues,” he had said.

In this regard, the matters shared by Councilors included delays in the sewerage network and harbor upgrading projects in addition to the need for a water supply network on the island. They also requested that that work on the new Council building be fast-tracked, and a mosque be built on the island. Reclamation of Fenfushi was also discussed.

Shukoor said that the most important need highlighted in today’s meeting was to build additional classrooms in the Fenfushi School extension block and the relocation of the health centre.

Shukoor said that the President assured them that he would discuss it with the relevant ministries to address their grievances. He also noted that the Councilors were briefed on the latest on the developmental projects planned for the island.

Shukoor also said that it is their biggest hope that efforts to address the issues shared with the President commence at the earliest.

'Against development of a resort in Fenfushi lagoon'

Man arrested with 536.2 grams of meth