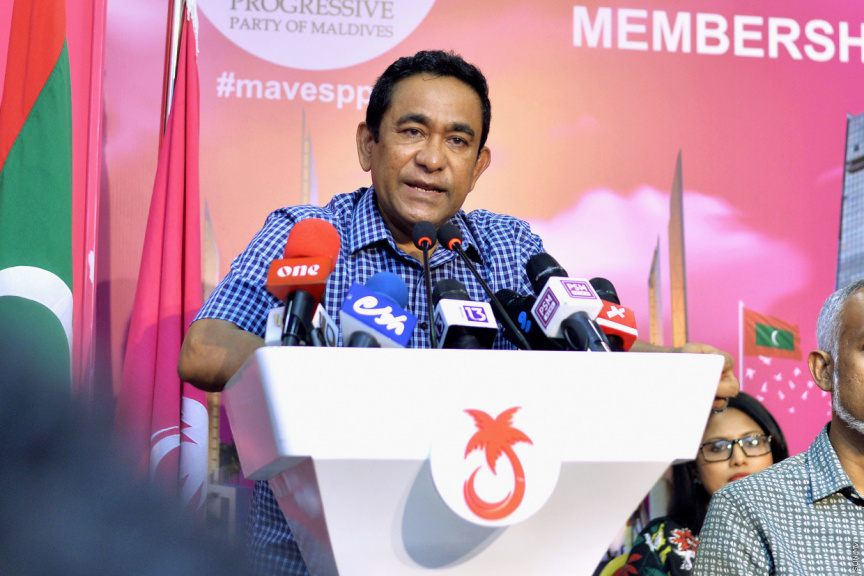 PPM’s Leader, former President Yameen Abdul Gayyoom is scheduled to take part in an event scheduled to be held on this Friday.

The event will be held on Friday night, at 8:30pm.

“In preparations for this event, we have requested Male’ City Council for permission to hold the event. City Council is very kind. They have granted us the Carnival area,” he added.

He said that the objective of this event is to facilitate a platform for Yameen to meet his supporters.

PPM has also invited supporters from atolls to come to Male’, to take part in the event. Mohamed Ismail said that this event is special in many aspects.

“I am extending an invitation to as many people as possible. Even residents from nearby islands, if they have the capability to come, I invite them. Our request is that all who wish to attend the event, attends,” he had said.

The Supreme Court ruled to overturn High Court’s decision to uphold the original sentence on Tuesday.