Govt. to bring in two electric minibuses for Male’ region 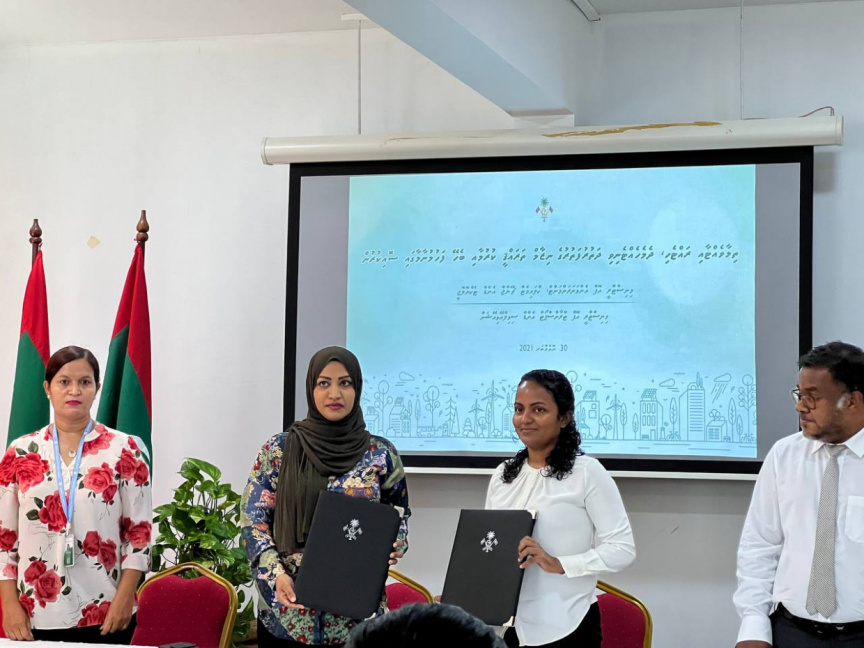 Environment Ministry and Transport Ministry signed a Memorandum of Understanding on Tuesday, to bring in two electric minibuses under the project to establish an integrated, sustainable and low emission transport system in Maldives.

Speaking at the ceremony, Shauna said that through the MoU, the government will bring in two electric minibuses, and establish associated charging station and an integrated transport master plan for the greater Male’ region.

The project is financed with a grant from Global Environment Facility (GEF).

Shauna said that the project will reduce reliance on diesel and reduce harmful emissions.

Noting the government’s target of reaching net zero by 2023, Shauna said that it was important to establish a sustainable and low emission transport system in order to achieve the target.

“A large number of cars and motorcycles are uses for land transport, especially in Male’. Given our reliance on these [vehicles] in our daily lives, the agreement we signed today will pave the path for an electric bus system to be established in Maldives for the first time,” she said.

“Under this agreement, a sharing bicycle scheme will be introduced in Hulhumale’. We believe, we will work reduce the reliance on cars and motorcycles we rely on in our daily lives now, and move towards a more sustainable and environmentally friendly path,” she said.

Speaking at the ceremony, Nahula said that the government had made multiple efforts to procure minibuses, and that it had become the most difficult task since the current government came to power.

She conveyed her thanks to GEF for funding the two electric minibuses.

The signing ceremony was attended by senior officials from both ministries.

Ministry against waste import, to submit for amendment

Tender opened for installation of BESS at 19 islands