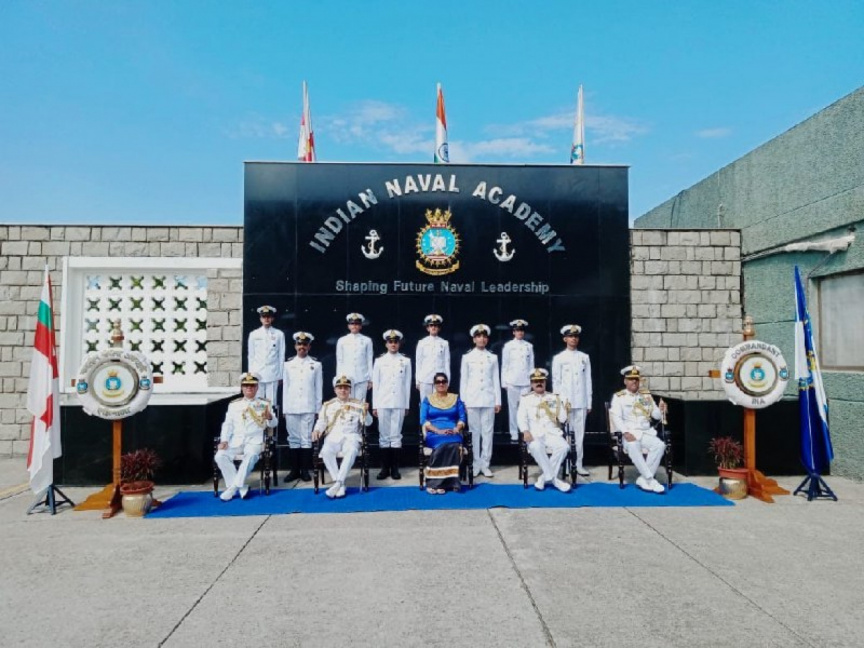 She made the statement in her speech at the Passing Out Parade held by the Indian Naval Acadamy in Ezhimala on Saturday morning. Mariya was the reviewing officer for the parade.

Speaking at the event, Mariya congratulated the 231 midshipmen and cadets who graduated from the academy.

She highlighted on the defense cooperation between Maldives and India.

Mariya said that the defense cooperation between the two countries was based on equality, trust, mutual benefit, and the need to ensure the safety and stability of the Indian Ocean region.

Addressing INA’s new graduates, Mariya urged them to utilize the education, training and leadership skills learnt at the academy with the aim of ensuring the safety and protection of the entire people in the region.

Noting that countries now face new transnational threats, Mariya said that it was crucial that naval officers face all operations with bravery and courage.

She also noted that many of the Maldivian soldiers who trained with INA over the years now hold high ranks within the Maldives National Defense Force (MNDF) and provided valuable service to Maldives. She thanked the INA and the Indian government for the opportunity to train Maldivian cadets at the academy.

Mariya’s attendance at Saturday’s event marked the first time for a minitser from a foreign government to serve as reviewing officer at a passing out parade of INA – the largest naval academy in Asia.