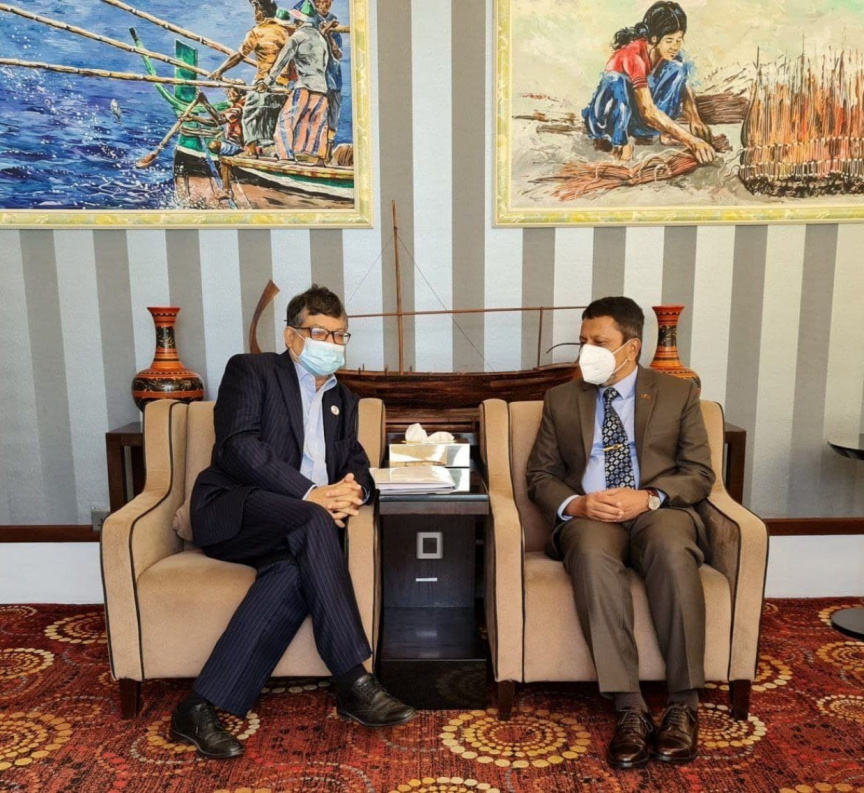 Momen arrived in Maldives sometime this afternoon, in response to an invitation extended by the Maldivian Foreign Secretary Abdul Ghafoor Mohamed.

The purpose of this visit is to hold the first bilateral consultations between the respective foreign ministries, as stipulated under the ‘Memorandum of Understanding on the Establishment of Bilateral Consultations’ which was signed between Maldives and Bangladesh in March 2021.

During the official consultations, the two Foreign Secretaries will review bilateral cooperation as well as the progress of the implementation of agreements signed by both countries. New areas of cooperation will also be discussed.

He is accompanied by a high-level delegation from Bangladesh’s government on this trip.