Defense Minister: Countries must work together to maintain regional stability 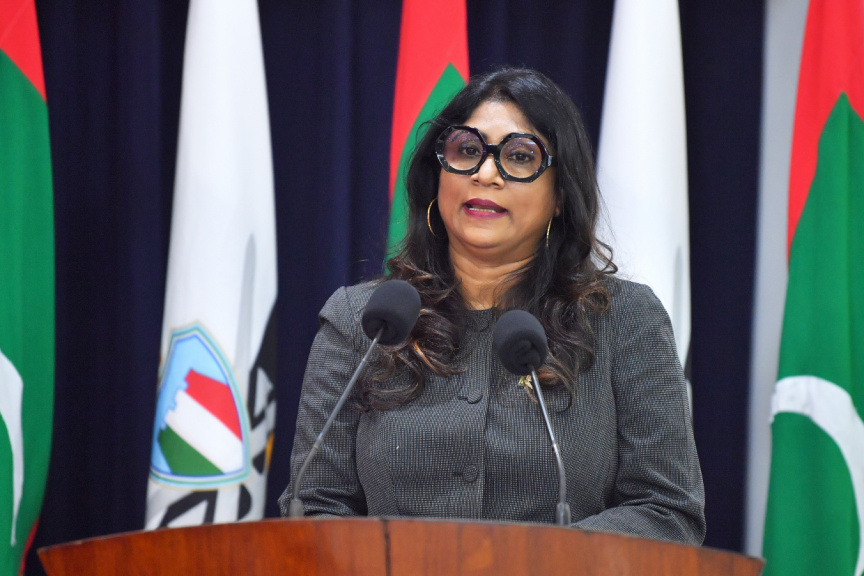 Maldivian Defense Minister Mariya Ahmed Didi states that the countries in the Indian Ocean region need to enhance maritime security cooperation in order to achieve the common goal of peace and stability in the region.

She made the remark in her speech on Sunday morning at the inauguration of Dhosti XV – a biannual trilateral maritime exercise between Maldives, India, and Sri Lanka.

In her speech, Mariya noted that global security environment is highly volatile, as new crises and conflicts emerge and spill over across countries.

“While there has been a decline of large-scale wars in the traditional sense, there are multiple crime-terror nexuses such as terrorism and violent extremisms, human trafficking, narcotics trade, piracy, IUU fishing, smuggling and money laundering, which continue to threaten the security and stability of our region," she said.

Mariya said that the safety of the seas and maritime commons is therefore a key strategic imperative that underpins the three-way security relations between Maldives, India and Sri Lanka.

Mariya said that countries need to adopt new approaches to deal with the threats.

“Responding to these threats, we need to adopt a new approach where state authorities, intelligence agencies, and the private sector combine their expertise and resources to keep risks at bay. At the same time, we also need to exercise our deterrents, interoperability, and preparedness in responding to eventualities and worst-case scenarios," she said.

Mariya said that Exercise Dhosti and thejoint drills, tabletop exercises, and training opportunities between countries in the region are a step in the right direction.

Exercise Dhosti began 30 years ago, in 1991, as a bilateral maritime exercise between Maldives and India. Sri Lanka joined the exercise in 2014.