MDP staffers fear for their safety, ask police for security 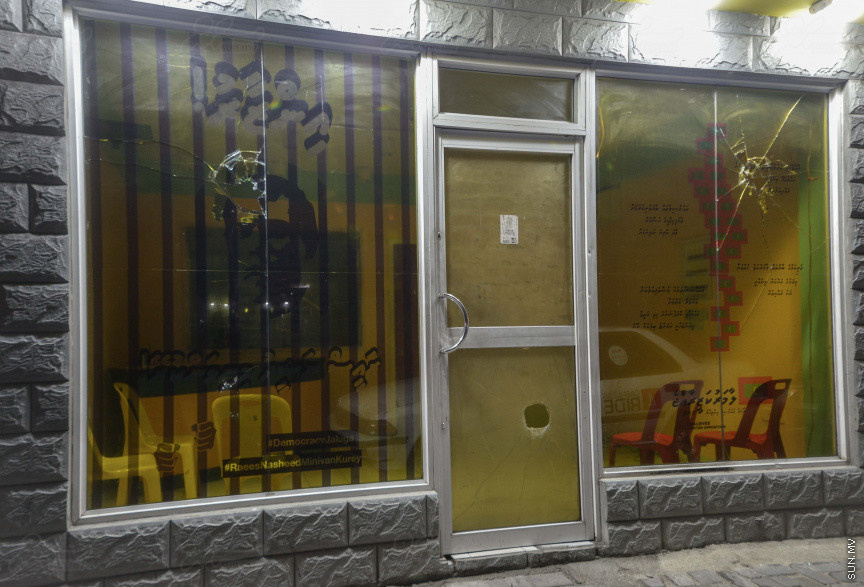 Maldives Democratic Party (MDP) has requested the police for assistance to reinforce security at the party’s headquarters in Male’ City, stating that the suspect in the violent assault which took place at the office back in September was threatening the staff.

The violent assault, which took place on the afternoon of September 2, resulted in severe injuries to Mariyam Zubair (Mandhy), 50, – a long serving employee at the office and South Galolhu MP Ahmed Meekail Naseem’s mother, as well as an additional employee.

Police arrested a 39-year-old male in connection to the case. The court initially granted a 15-day extension to his remand, but later released him from police custody.

A letter signed by MDP chairperson Hassan Latheef was sent to the Commissioner of Police Mohamed Hameed on Thursday, stating that the suspect in the case was threatening employees at the office.

According to the letter, the suspect has been sending threatening messages to multiple employees via Viber and Messenger, and has also threatened to show up at the office.

The letter was attached with screenshots of the threatening messages.

“I request for security arrangements at this party’s main headquarters (H. Sharasha) for the safety and security of our employees pending the outcome of the trial,” wrote Hassan Latheef in the letter.

The suspect himself had been an employee at the office at the time of the assault, but was dismissed following the incident.