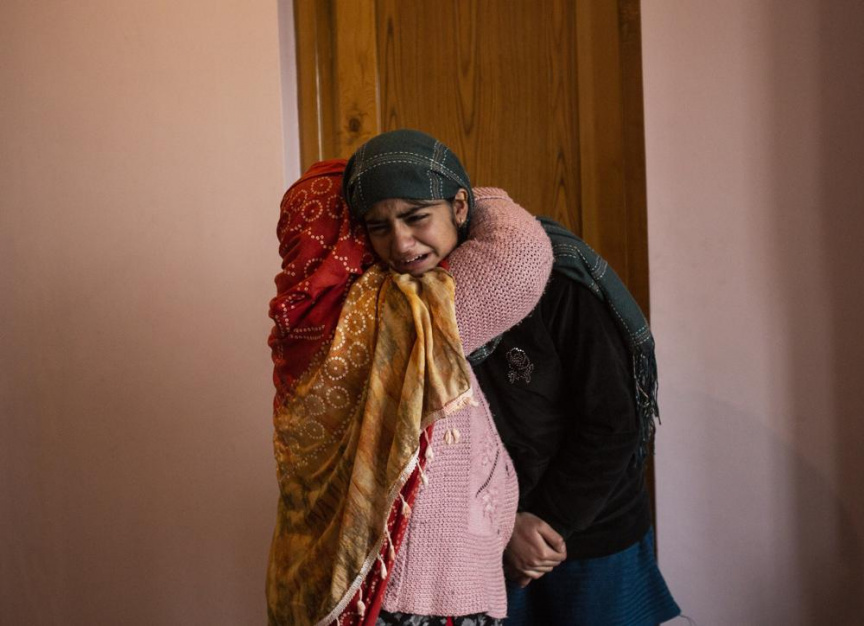 SRINAGAR, India (AP) — Four people have died in Indian-controlled Kashmir after a deadly raid by government forces on alleged militants in the disputed region’s main city, police and families of the victims said Tuesday.

The region’s head of police, Vijay Kumar, said that militants “fired indiscriminately” at police and soldiers when they cordoned off a business center Monday night in Srinagar, following a tip that rebels were hiding there.

The ensuing clash led to the death of two civilians and two suspected rebels — including a Pakistani national, Kumar told reporters on Tuesday. However, families of the slain civilians said Indian troops used them as human shields during the deadly standoff.

Police said the civilians were killed in the crossfire and were identified as the shopping center’s owner, Mohammad Altaf Bhat, and a trader, Mudassir Ahmed.

The police chief said Ahmed, a dental surgeon and real estate dealer who had rented an office space in the building, was an “overground worker,” a term Indian authorities use for rebel sympathizers and their civilian supporters.

Kumar said Ahmed provided shelter to the slain foreign militant in the building and was also ferrying other militants from one place to another.

Kumar said the police were launching a special investigation to ascertain whether Bhat died from a militant bullet or one from government forces.

Rights groups, however, say such probes rarely yield any concrete results and are often aimed at calming public anger.

Eyewitnesses and family members of the two killed civilians rejected the police account, saying the shopping center owner and trader were picked up by troops after they had cordoned off the area and taken them inside the building in the presence of dozens of civilians.

A shopkeeper, Nazir Ahmed, said government forces assembled dozens of the area’s shopkeepers and others in a showroom and snatched cellphones from them. He said later troops asked the shopping center’s owner, Bhat, to accompany them inside the building, and the trader Ahmed also went with them.

Abdul Majid, Bhat’s elder brother, said his brother was “used as a human shield and killed in cold blood.” He was speaking from the family home where relatives were waiting for the return of the body to allow for a traditional burial. “He was innocent,” the brother added.

Kashmir’s main separatist alliance, All Parties Hurriyat Conference, condemned the killings and demanded that the bodies of the victims be returned to their families.

Under a policy started in 2020, Indian authorities have buried hundreds of suspected rebels and their alleged associates in unmarked graves in remote areas, denying their families proper funerals. The policy has added to widespread anti-India anger in the region.

Authorities say the policy is aimed at stopping the spread of the coronavirus and to avoid potential law and order problems during funerals.

Rebels in the Indian-controlled portion of Kashmir have been fighting New Delhi’s rule since 1989. India and Pakistan claim the divided territory in its entirety.