Adam Khalid appointed as dean of MNU's Faculty of Engineering, Science and Technology 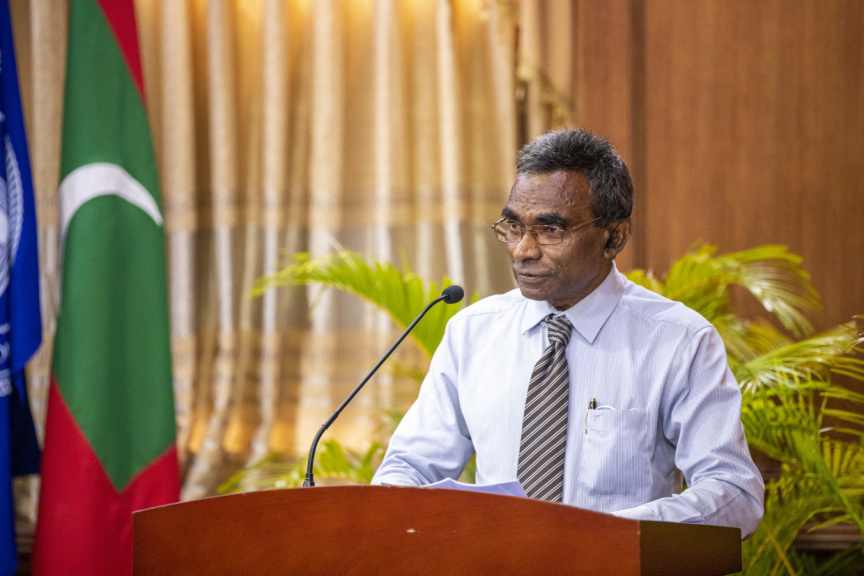 Adam Khalid is appointed as the dean of MNU's Faculty of Engineering, Science and Technology on November 14, 2021. (Photo/MNU)

Adam Khalid has been appointed as the Dean of Faculty of Engineering, Science and Technology (FEST) of Maldives National University (MNU).

While speaking at the ceremony, Khalid said that a very small number of Maldivians are employed in the engineering, science and technology field. He also said that to develop a country, it is important to build individuals who are aware about technology, have a scientific mindset and are knowledgeable.

He further stated that his aim as the new dean is to make sure that graduates of the faculty have a love for knowledge, have a good work ethic and are aware about the modern world.

He also announced his decision to introduce a Masters Degree in Environmental Studies with the emphasis to increase the number of high quality environmental researches conducted by the university.

Further, he guaranteed the introduction of a Degree in Agriculture before his term as dean concludes and to improve the marine biology field.