Man accused of receiving funds from IS, says he got money begging 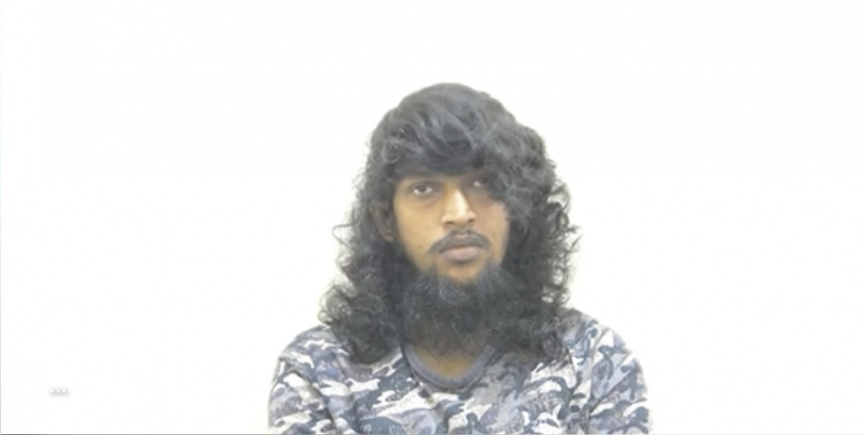 A Maldivian man pressed with terror charges based on the allegation he received money from an individual identified by the United States as a terrorist denied the charges in court on Monday, and claimed he got the money begging.

Mohamed Munaz, Shazin, HDh. Neykurendhoo, has been charged with financing terrorism using funds he received from the international terror network Islamic State, and incitement to terrorism.

During preliminary hearings at the Criminal Court, the prosecution presented a report from the US Department of Justice as well as intel report from Maldives Police Service. Both the reports are confidential. However, Munaz’s lawyer, Husni Mubarik asked the court for the reports to be shared with the defense.

Mubarik said that the reports were based on posts made via a Facebook account opened in the name of ‘Abu Yoosuf’, and asked for the reports to be shared with the defense.

However, the judge said there was no room to review his earlier decision to keep the reports confidential.

The defense spoke about the reports during the hearing on Monday.

Mubarik said that the reports state Munaz received the money from IS through Western Union, and the money was sent by an individual a Unites States court convicted as a terrorist.

He said that the amount of money he received in that manner wasn’t enough to finance an act of terrorism.

He also said that the evidence presented by the prosecution wasn’t enough to keep his client detained.

“I believe that based on these transactions, it would be more appropriate for the state to press the charge of assuming a false identity and obtaining money from people through fraud and deceit,” he said.

Though Mubarik asked for Munaz to be granted conditional release, the judge denied the motion and ordered for him to remain detained.

After Munaz claimed that Maldives Correctional Service was being neglectful of his healthcare needs, the judge ordered the state to ensure he is provided proper access to healthcare.