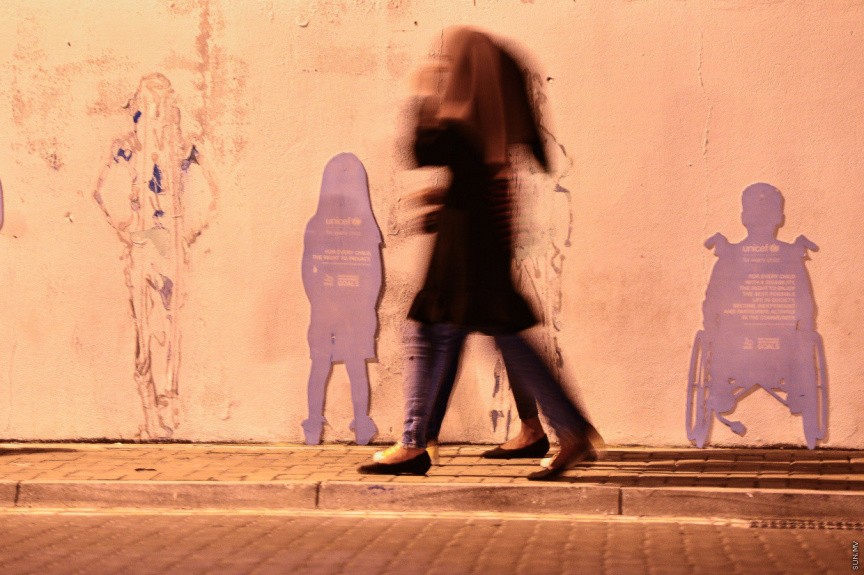 A woman walks past posters advocating for protection of the rights of children in a street in Male' City. (Sun Photo/Fayaz Moosa)

Department of Juvenile Justice (DJJ) found most of children under the age of 18 years found to have been involved in crimes in the first half of this year come from broken families.

In contrast, most juvenile delinquents from 2011-2018 had come from families where parents live together.

DJJ noted in its report that lack of love and attention to children due to poor family situations open room for behavioral problems to escalate, and expose children to greater risk of exploitation from adult criminals.

61 of the cases in the first half of this year had come from atolls. However, the highest number of cases from a single city or island was from Male’ City – with 27 cases.

The most frequent crimes among juvenile delinquents involve drug abuse, drug possession, destruction of property, and assault. Most of such crimes were carried out by males.

The cases include two murders.

Meanwhile, the crimes involving females include pregnancy out of wedlock, self-harm, and indecent exposure.