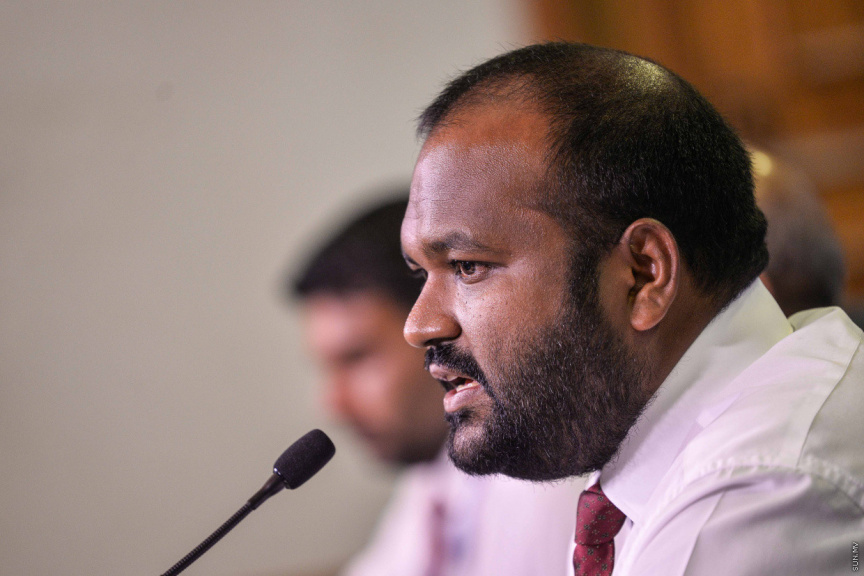 Former Tourism Minister Ali Waheed’s case which was scheduled at Supreme Court this morning had failed to proceed due to his failure to appear before the Court.

The hearing held today was regarding the case submitted against him by the State regarding letting him attend his hearings remotely from outside Maldives at the lower court, as he stands on trial on multiple charges of sexual offenses.

Scheduled for 9:00am this morning – Supreme Court announced the cancellation of the hearing following Ali Waheed’s failure to appear before the Court.

Prosecutor General’s Office (PGO) appealed the decision by Criminal Court Judge Hassan Saeed to allow Ali Waheed to attend his trial virtually from the UK on June 25. However, the High Court threw out the petition on July 8, citing a lack of legal and judicial basis to hear the case as an appeal – following which PGO appealed High Court’s decision to the Supreme Court on July 11.

Whilst appeal hearings are currently ongoing at the Supreme Court – the Court had issued an interim order on October 4 which instructed the Criminal Court to cease holding remote hearings in Ali Waheed’s case whilst he remains overseas until the Court makes a decision on the matter.

“And we also instruct your court not to hold any hearings via audio or video conferencing while defendants are outside the jurisdiction of Maldives in any other case under your purview,” reads the order, signed by the three-member bench overseeing the appeal; Justice Husnu Al Suood, Justice Ali Rasheed and Justice Mohamed Ibrahim.

Once in the UK, Ali Waheed filed a motion asking the Criminal Court to allow him to attend his hearings remotely. The motion was allowed by the court despite the objections of the Prosecutor General’s Office, which argued that holding a hearing via video conferencing in a criminal trial with the defendant in a location outside of Maldives’ jurisdiction is in violation of Criminal Procedure Code, and that the court will not have the jurisdiction to penalize the defendant, even if he acts in contempt of the court.