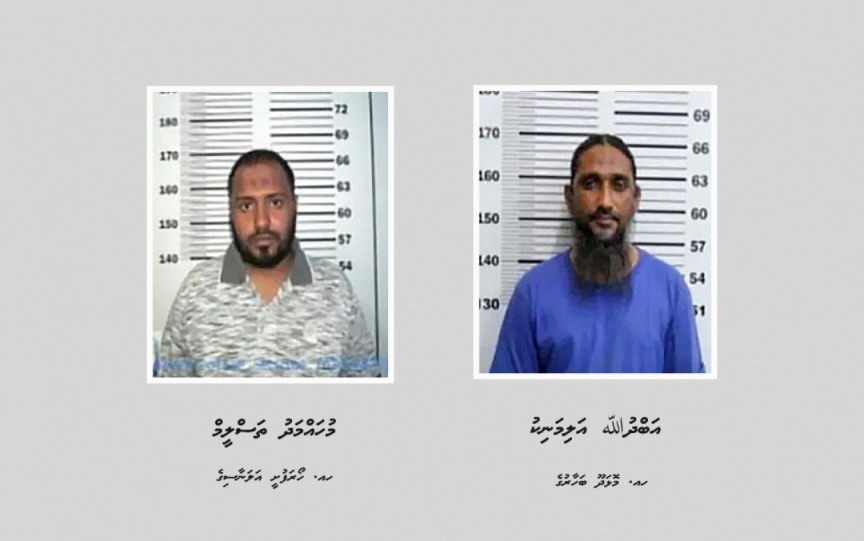 Abdulla Ali Manik, Bahaaruge, HDh. Molhadhoo, who is charged with supporting a terrorist organization, has been given five days to appoint a lawyer by the Criminal Court; with his remand period being extended by five days.

Abdulla was arrested during a counter-terrorism operation conducted by the Police following the terror attack on Parliament Speaker, former President Mohamed Nasheed on May 6 – under suspicion of propagating extremist ideology.

At a remand hearing held today at the Criminal Court – the State had requested Abdulla be remanded in custody pending outcome of the trial.

However, the judge presiding over the case had not decided on the matter upon the request of Abdulla to proceed in the case with assistance from a lawyer.

In addition to Abdulla – Mohamed Thasleem, Alanaasige, HA. Hoarafushi, who is also being charged with supporting a terrorist organization has been given five days to appoint a lawyer; with his remand period being extended by five days as well.

Abdulla Ali Manik was involved with a group of separatists who propagated extremist religious ideologies in HA. Himandhoo, and faced off with the security forces armed with wooden bats, sharpened metal rods and machetes in 2007.