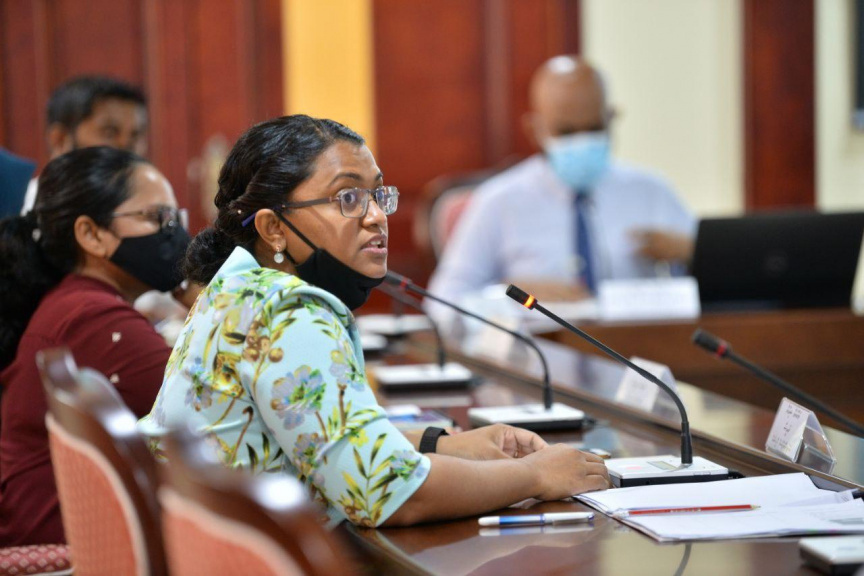 Anti-Corruption Commission (ACC)’s President Mariyam Shiuna said on Tuesday that it takes eight months on average for the corruption watchdog to complete investigations into cases connected to the MMPRC graft scandal.

She made the statement in response to a question by South Galolhu MP Meekail Ahmed Naseem, seeking an update on the progress on ACC’s investigation into MMPRC cases.

She said that the delay in the investigations is because it takes eight months on average to investigate an MMPRC case.

“It takes eight months to finish an MMPRC case. That is based on the duration taken to investigate such cases so far,” she said.

Shiuna said that ACC needs 12 additional staff, and has submitted a financial proposal on the additional budget needed to hire new staff.

“We need approximately MVR 4 million more in order to conduct the investigations at the speed we expect. And based on how it happened and the duration, we need 12 additional staff,” she said.