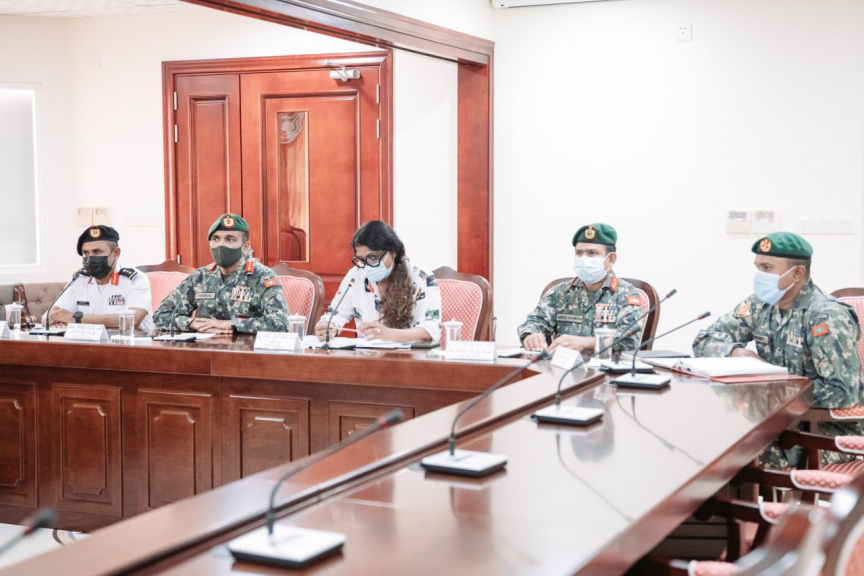 The agreement between the Maldivian and Indian military to develop Uthuru Thila Falhu (UTF) base has been shared with the Parliament’s Security Services Committee.

The agreement was shared with the Security Services Committee in a meeting on Sunday.

Vilingili MP Saud Hussain told Sun that the agreement was shown to all committee members.

He said that each member was given time to read the agreement, and to share concerns they may have.

“I, myself, was very concerned the agreement was classified. But after reading the agreement, I understand there’s nothing on this that threatens national security,” he said.

MNDF made a presentation on the contents of the agreement.

The UTF agreement was shared with the Security Services Committee in response to a request by Maduvvari MP Adam Shareef Umar seeking to clarify the contents of the agreement.

He was present during Sunday's meeting.

The UTF project involves developing a modern naval port and dockyard in the base. The controversy regarding the agreement stems from allegations it will allow armed Indian military personnel to operate in the base – allegations which Maldives National Defense Force (MNDF) has repeatedly denied.

However, MNDF has refused to disclose details of the UTF agreement, citing national security concerns.

MNDF was recently told by the Information Commissioner's Office to disclose part of the agreement in response to a case lodged by a journalits under the Right to Information Act.

Maldivian government has stated that Maldives will have full ownership of the facilities established at the UTF base under the project, and that the facilities will be operated by Maldives.