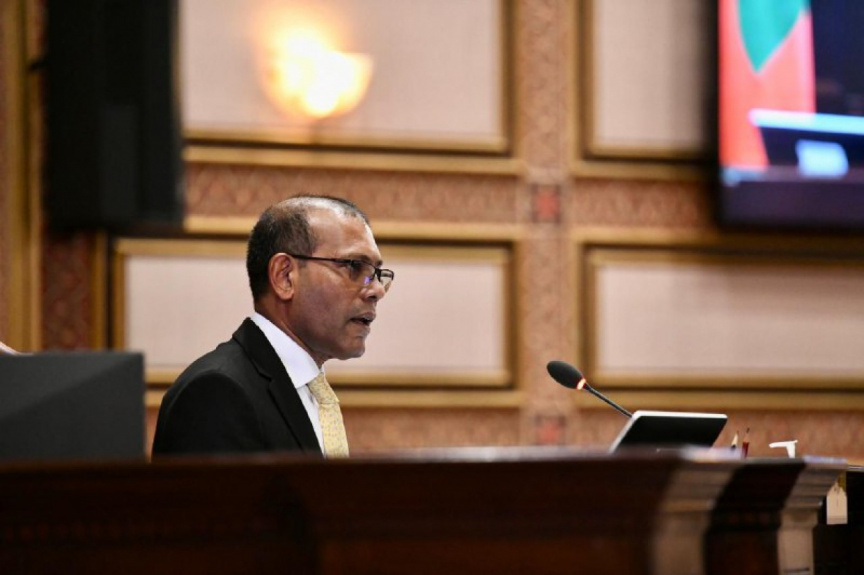 Opening Tuesday’s parliamentary sitting, Nasheed said that Maduvvari MP Adam Shareef Umar has requested to clarify the contents of the UTF agreement, and that the Security Services Committee is conducting necessary work in response to the request.

Nasheed said that the UTF agreement isn’t a secretive agreement.

“It is not, under any circumstances, a hidden secret. It is an agreement of the State of Maldives with a foreign country. The State isn’t treating it as a secret,” he said.

The UTF project involves developing a modern naval port and dockyard in the base. The controversy regarding the agreement stems from allegations it will allow armed Indian military personnel to operate in the base – allegations which Maldives National Defense Force (MNDF) has repeatedly denied.

However, MNDF has refused to disclose details of the UTF agreement, citing national security concerns.

Nasheed asks if changes to Tourism Act can be legalized