President: Projects progress faster when coordination between government and councils are better 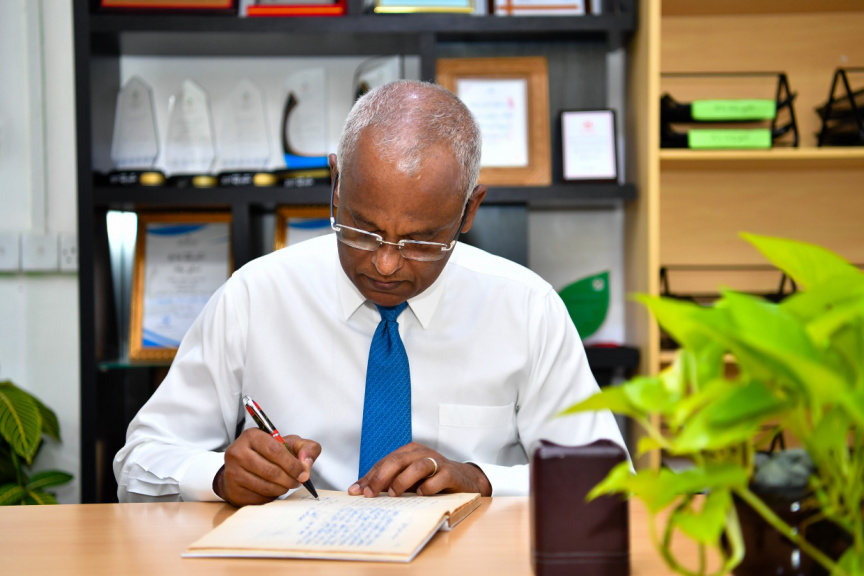 President Ibrahim Mohamed Solih has stated that improved coordination between the government and the councils helps development projects progress much faster and more efficiently.

President Solih said this during a meeting held with AA. Ukulhas Council and Women’s Development Committee (WDC) – as part of his ongoing visit to six islands in Alifu Alifu Atoll.

In this meeting – the President had brief the Councilors and WDC members regarding the latest updates on the government initiated projects that are currently underway and in plans for Ukulhas. On this note, he stressed the importance of improved coordination between the government and local councils for the projects to progress much faster and more efficiently.

Councilors also relayed the most urgent needs and difficulties faced by Ukulhas residents – especially stressing the financial shortages for conducting administrative tasks. In this regard, they underscored the need to find better alternatives to raise finances for their activities to adapt to the burgeoning local tourism sector at Ukulhas.

A recommendation was also put forward to allocate a dedicated percentage from Green Tax to the Council in order to ease their financial burdens. Responding to the request – President Solih noted that the government would consider their request and find a better solution after discussing it with the relevant authorities.

WDC members highlighted the need for training in order to expand their operations – following which President Solih had affirmed that training opportunities will be facilitated through the Local Government Authority.

He is accompanied by a delegation of cabinet ministers and senior government officials during this trip.

Allegations of police brutality against a minor probed