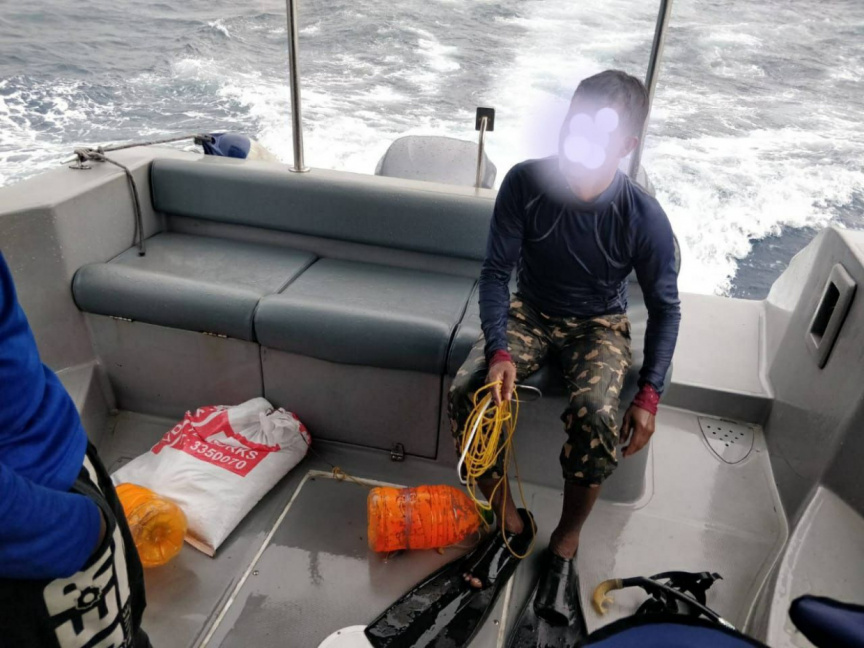 Man cast adrift near Usfasgandu in Male' City that was rescued in Vaadhoo Sea. (Photo/MNDF)

A man who was cast adrift by strong currents near Usfasgandu in Male’ City has been rescued from Vaadhoo Sea.

MNDF’s Spokesperson Hana Mohamed said that the man who was cast adrift was a Maldivian – who was out at sea to hunt for octopus at the time of the incident.

He was spotted at Vaadhoo Sea by the people on a vessel that was passing by the area.

Hana also noted that the man has been safely taken to Maldives Police Services’ headquarters at the moment.

Earlier this morning, a man who was fishing in the jetty area outside the local market in Male’ City had died after getting thrown into the sea due to strong winds.

A police spokesperson said the incident was reported to the authorities at 06:52 am.

The man was taken out of the waters and transported to Indhira Gandhi Memorial Hospital (IGMH) - which informed the police of the man’s death at 07:20 am.

A white alert for heavy rain, thunderstorms, rough seas, and strong winds of 22-27 miles per hour with gusts of 50 miles per hour is in effect from HA. Atoll to Th. Atoll.

The Coastguard has advised seafarers against travel, unless absolutely necessary.