Driver injured after motorbike skids off on Sinamale’ Bridge highway 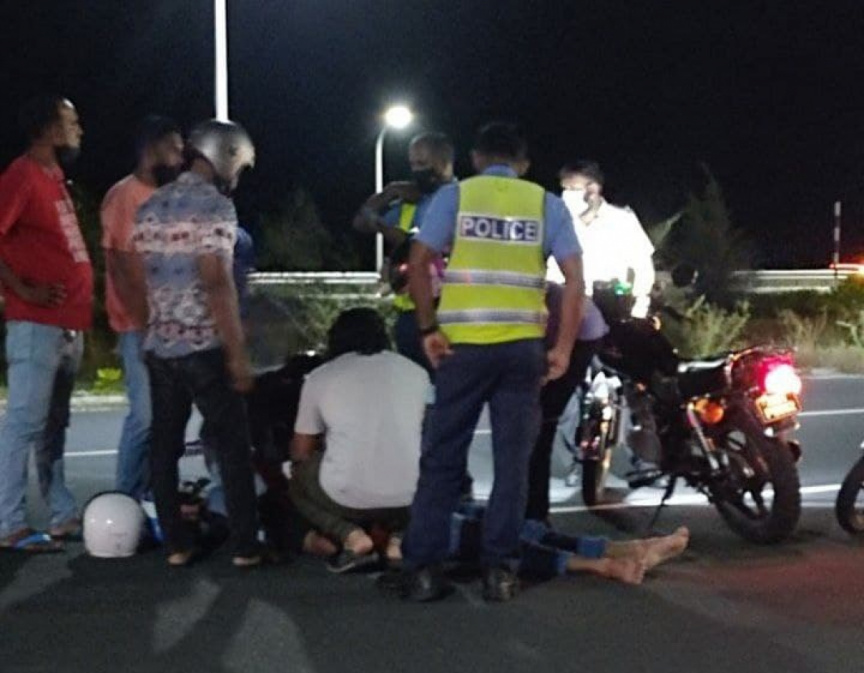 A motorist had been injured after the motorbike he was driving had skidded off on Sinamale’ Bridge highway.

The accident occurred at around dusk today. The motorist was headed towards Hulhumale’ at the time of the accident.

Maldives Police Service confirmed to Sun that they were informed that an accident that occurred on Sinmale’ Bridge highway – after a motorbike had skidded off.

They also added that the motorist in question had been transported to the hospital for treatment.

It was noted that the motorist was a man.