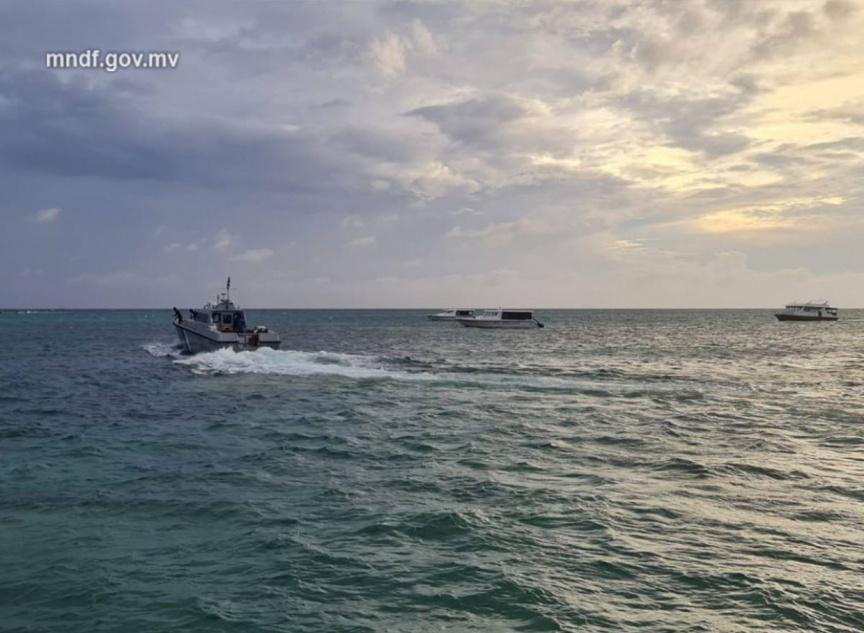 A coastguard launch operates at the area in which a supply boat carrying five on-board had capsized on October 5, 2021. (Photo/MNDF)

A boat traveling with five on-board has capsized.

Maldives National Defense Force (MNDF) stated that the 60-foot supply boat was en route to Lhaviyani Atoll from Kaashidhoo – when it had capsized. The boat capsized four nautical miles south of Lh. Aligaa.

They further said that at the time of the incident – there were five people on-board; all Maldivians. The five people were located by a coastguard vessel that was in search of them at the area – around 08:30 this morning.

Noting that the five people rescued were in good health – MNDF added that they were working on transporting all of them back to Kaashidhoo.