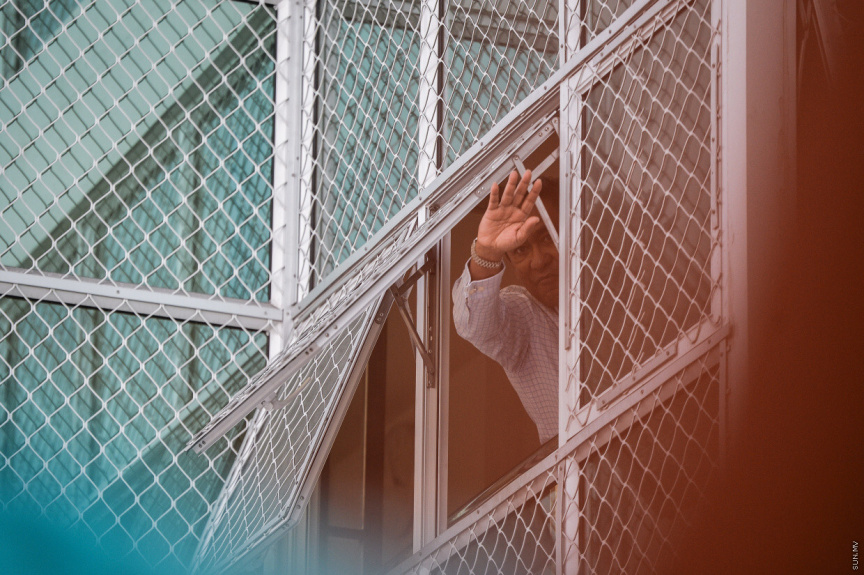 Supreme Court states it will make its decision regarding the motion for bail submitted by former Maldivian President Abdulla Yameen Abdul Gayoom – who is serving a five-year prison term for money laundering - on Tuesday.

The Supreme Court was set to make a decision the motion filed on behalf of Yameen asking for him to be released on bail during this Monday’s hearing. However, the presiding justice in the case - Justice Mahaz Ali Zahir decided to hold an additional hearing to allow both sides more time to present their closing arguments.

Justice Mahaz said the hearing will be held on Tuesday.

In addition to making a decision regarding the motion for bail, the court will also make its decision regarding new evidence introduced by Yameen’s lawyers during Tuesday’s hearing.  Justice Mahaz said both sides will be given time to present their closing arguments.

The motion for bail was discussed during the hearing this Monday. The state objected to the motion.

The case is being heard by a three-member bench, composed of Justice Mahaz, Justice Dr. Azmiralda Zahir and Justice Dr. Mohamed Ibrahim.