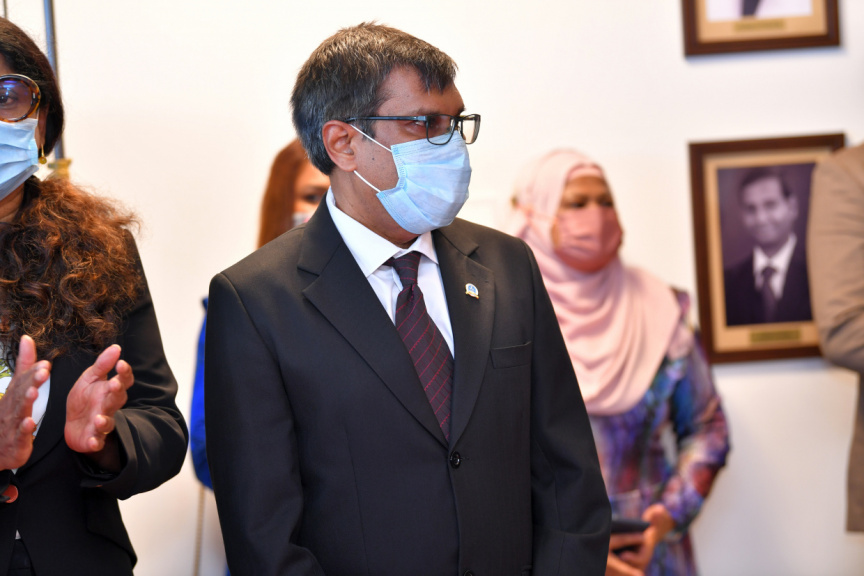 The opposition coalition, composed of PPM and PNC, has expressed concern over the safety of Chief Justice Ahmed Muthasim Adnan, after security cameras installed at his residence were found to have been tampered with last week.

The expression of concern by the opposition comes after the main ruling party, MDP issued a statement last Friday stressing that the state was legally obligated to provide necessary protection to the Chief Justice and his family, and should provide reinforced security at his residence.

In a statement last Sunday, the opposition coalition said it condemns the attempt to breach security and forcibly enter the Chief Justice’s residence.

The opposition said it was an issue of deep concern to them, and that they believe the incident had taken place because the state was negligent and careless in providing the necessary security and protection to the Chief Justice.

They called on state authorities to reinforce his security.

The tampering of the security cameras and attempted forcible entrance at the Chief Justice’s residence was reported to the police on Thursday, September 30.

The police confirm they are investigating the case but have declined to disclose details.

'Maldivians must rise up to take back country, freedom'

PPM: UTF deal is unconstitutional, must be terminated