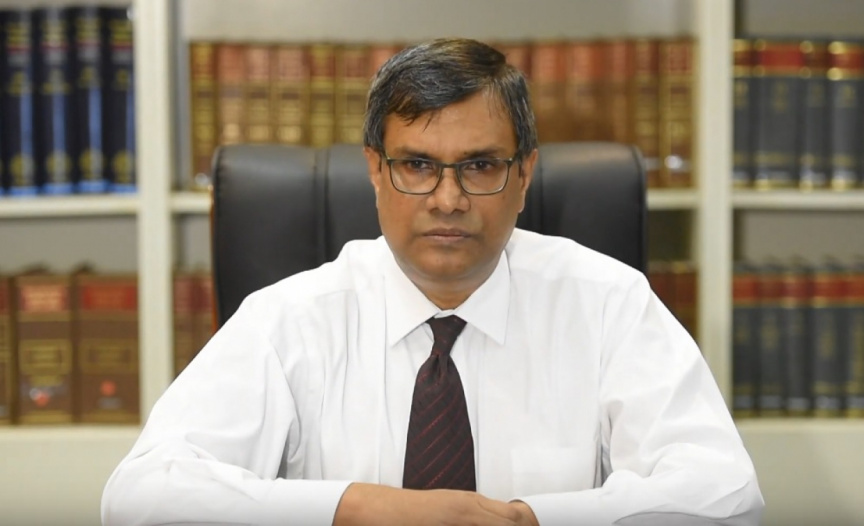 Maldivian Democratic Party (MDP) has expressed concerns over Chief Justice Ahmed Muthasim Adnan’s security breach – with the case a group of people tampering with the security cameras placed at the Chief Justice’s residence, after which they had attempted to force-enter the residence. MDP raised questions as to the quality of security provided to the Chief Justice.

In a statement released today – MDP said that ensuring the security of the Chief Justice, and his family is the government’s responsibility. Noting that the laws mandate the government to provide official residences to the heads of the three powers of the State – MDP stressed that the highest quality of security must be provided for the Chief Justice at his current residence as well.

Whilst this may be, MDP said that a group of people breaching his security is extremely concerning.

“This party urges the relevant government authorities to be more attentive to such matters, to not be negligent and take action more seriously,” the statement read.

MDP also called to guarantee the safety of the Chief Justice.

The case regarding a group of people tampering with the security cameras placed at the Chief Justice’s residence, after which they had attempted to force-enter the residence, was submitted to the Maldives Police Service, yesterday evening.

A media official from the Police had told Sun that the matter was currently under investigation – although no arrest has been made in connection to it.

'Powers of the State must learn from past troubles'

Chief Justice: I did not threaten the SG, I advised him