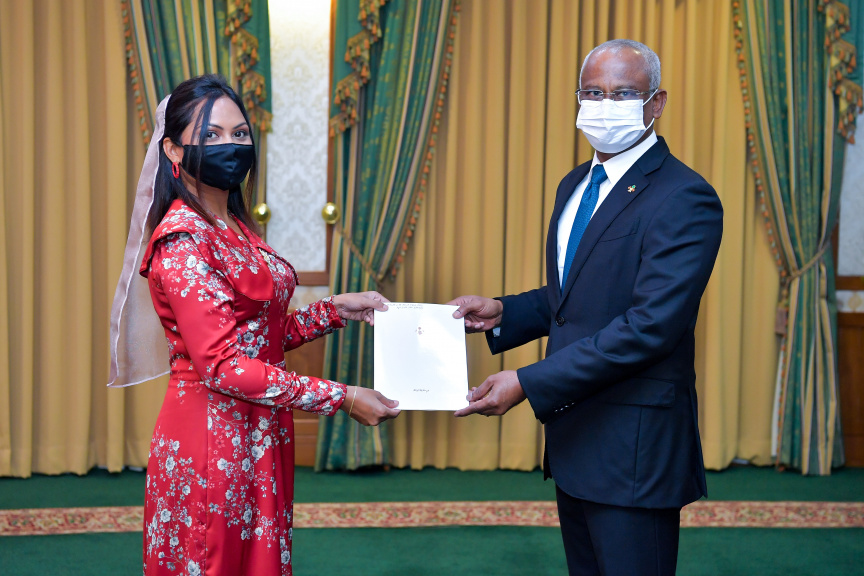 Samaau Ahmed Najeeb (L) is presented with her letter of appointment as a member of HRCM by President Ibrahim Mohamed Solih on October 3, 2021. (Photo/President's Office)

Uza. Samaau Ahmed Najeeb has been appointed a member of Human Rights Commission of Maldives (HRCM).

She was presented with her letter of appointment by President Ibrahim Mohamed Solih in a ceremony at the President’s Office on Sunday morning.

Samaau attained her Master of Human Rights Law from the Melbourne Law School, University of Melbourne, Australia, in 2018. She has taken part in a wide range of professional workshops, seminars and forums and is a member of the Maldives governmental expert team for the United Nations Convention Against Corruption (UNCAC).

She also previously worked as an Attaché at the Maldivian Embassy in India between 2010 and 2011.