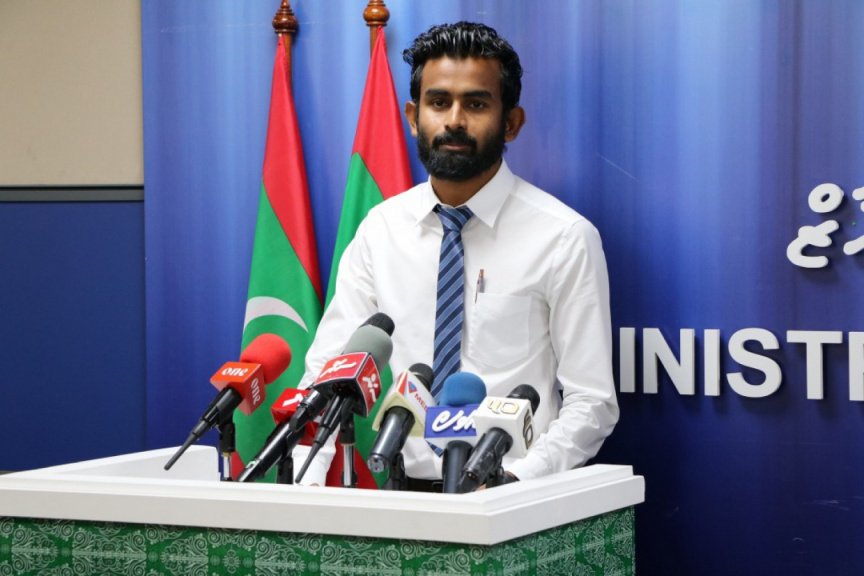 Noting that the only penalty enforced upon low level offenders at present is jail sentences – Commissioner of Prisons Ahmed Mohamed Fulhu has stated that efforts were underway to introduce alternative lighter penalties to jail sentences for such individuals.

Speaking at a panel discussion hosted by the Home Ministry on the occasion on International Day of Non-Violence, CP Ahmed Mohamed Fulhu highlighted that offenders have been objected to torturous punishment in the past such as the pillory practice and shame walking – adding that the adverse impact of such sorts of punishments on the society is still witnessed today.

He then stressed that although torturous punishments have been abolished – it is still important to address the sorts of penalties imposed on people under the current system. In this regard, he pointed that the law stipulates that even those who commit minor offenses should be sentenced to jail.

CP Ahmed Mohamed Fulhu noted that offenders remaining a part of the society while carrying out their sentences is crucial – adding efforts were underway to introduce and implement such a system.

He also added that the Maldivian Penal Code stipulates that offenders may be given alternative penalties to jail sentences.