Police arrest man who stole over MVR 900,000 at knifepoint 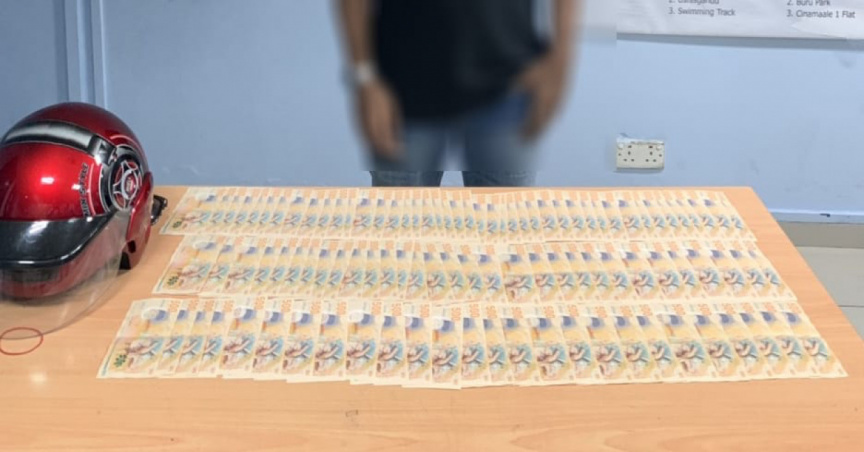 Police have arrested a man who stole over MVR 900,000 in cash after threatening his victim with a sharp-edged weapon in Male' City.

Criminal Court has ordered a 10-day extension to his remand. The court order reveals Shamman has a lengthy criminal record, including multiple snatch thefts.

The latest case against him also involves additional suspects.

Sun has been informed that the money which Shamman and his associates stole money belong to a private company. They snatched the money near the Henveiru stadium. However, this has not been confirmed by the police.