Mughnee: Will no longer face capacity issues in providing electricity in Male' City 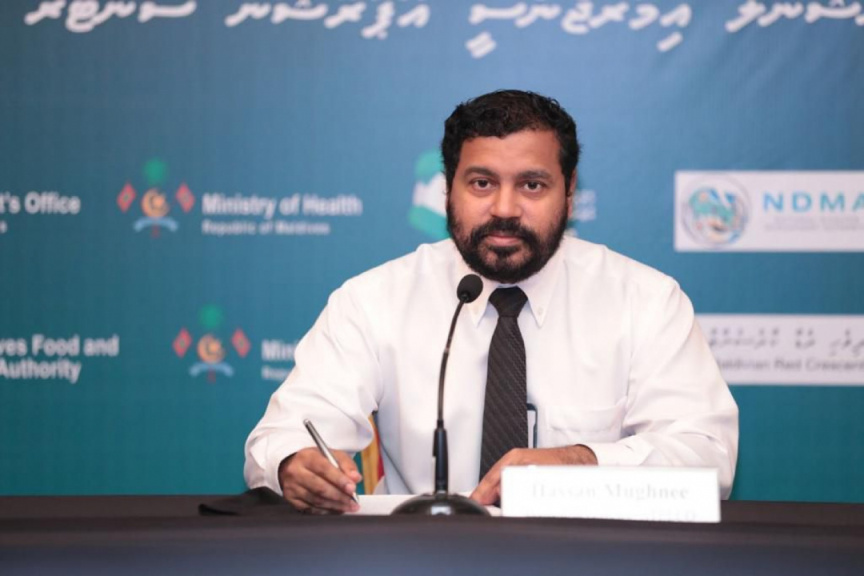 STELCO's Managing Director Hassan Mughnee at a press briefing on May 30, 2020. (Photo/NEOC)

Speaking at a television program broadcasted by Sangu TV last night, Mughnee said that the lack of capacity was a major obstacle in providing electricity for Male’ City during peak seasons.

However, he noted that the single network currently in place linking electricity connection in Male’ and Hulhumale’, will solve such issues.

“The interconnection between Male’ and Hulhumale’ is a reason. As you know, a 50-megawatt power plant has been established at Hulhumale’ – which is more than the capacity needed for the city at the moment. The vacant capacity from this can be directed to Male’ through the interconnection,” he had said.

Mughnee also added that although a situation arises in which a power-cut is experienced – the time spent to restore power will be much shorter than before.

“Hopefully, capacity issues will not be faced in the future,” he added.

Speaking further, Mugnee said that despite this – efforts were still underway to further increase the capacity at Hulhumale’, which the company hopes to complete by the end of 2023.