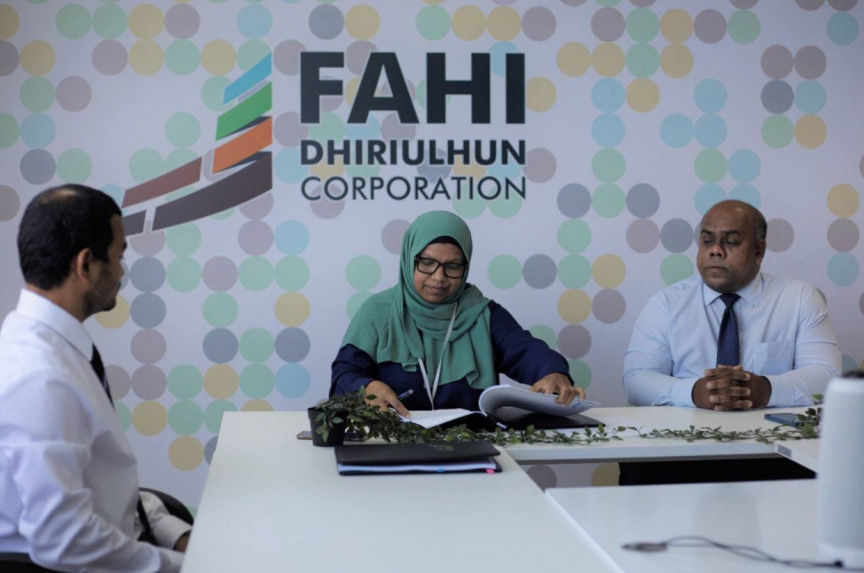 Fahi Dhiriulhun Corporation Limited (FDC) has signed two loan agreements for the construction of new housing units - which the Government of Maldives has provided a sovereign guarantee for.

The two loan agreements signed by FDC today are pertaining to the funds required for the construction of 4,000 housing units in Hulhumale' Phase 2 - to be developed by the company.

The agreements were signed during a virtual ceremony held today - which was guested by officials from EXIM Bank, Economic Minister Fayyaz Ismail, Finance Minister Ibrahim Ameer, and Ambassador of India to the Maldives Sunjay Sudhir.

Speaking at the ceremony, Minister Fayyaz said that ensuring affordable housing for the people is a priority for the current administration. Minister Ameer added that housing units that will be constructed under the agreements signed today will be much cheaper compared to most other housing units.

Ambassador Sunjay Sudhir assured that India would continue to provide assistance to the Maldives in carrying out important development projects.

FDC flats: 13 towers to be tenantable by next August

Mixed residential buildings to be built in in Male'