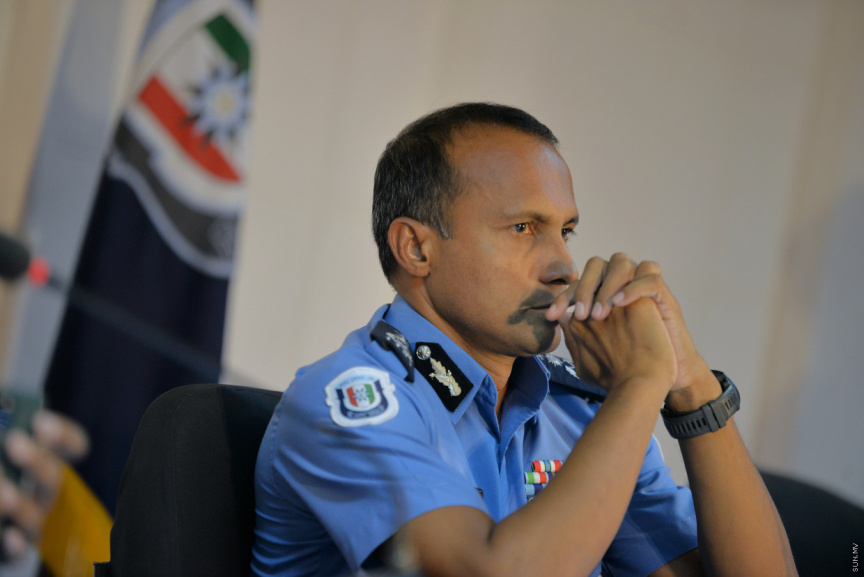 Commissioner of Police Mohamed Hameed states the implementation of the decision by the Police Board to dismiss several top police officers is under discussion.

The board made the decision to dismiss seven top police officers ast August, under the Police Service Act passed last year.

The seven officers in question are:

Hameed told Sun on Wednesday morning that the officers the board decided to dismiss are senior officers, and that the police are engaged in multi-level discussions regarding the decision.

“We are compelled to follow the recommendations. We are discussing how we will get this done,” he said.

While Hameed said the police are engaged in discussions, he did not say when the decision will be implemented.

The Police Service Act, which was ratified in December last year, took effect back in March. The Police Board required under the law was established in April.

The board has the authority to decide whether commissioned officers ranked higher than Superintendent of Police, with the exception of Commissioner of Police, accussed of or reported for excessive use of force, inhumane acts or corruption are capable of undertaking their duties.

The law states that decisions by the board must be sent to the Commissioner of Police for implementation.