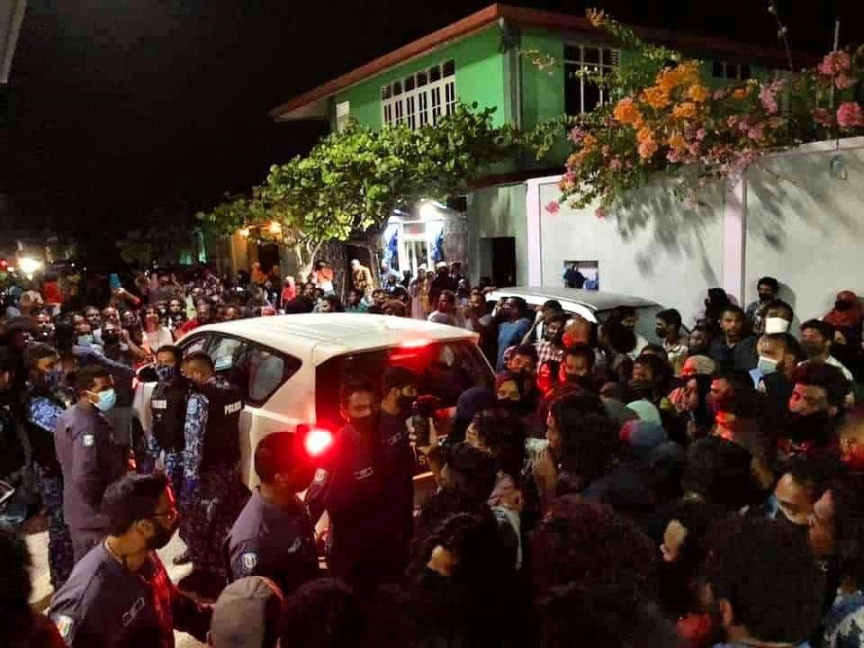 Addu residents gather on September 16, 2021, demanding the arrest of a police officer accused of sexual abuse of a young girl. (Photo/Social Media)

A police officer arrested for the sexual abuse of a young girl has been placed under suspension.

Sub-inspector of Police Ahmed Nazmeen, 34, works for the Forensic Department in a police station in Addu City.

Nazmeen was arrested from the Hithadhoo district of Addu City for the sexual abuse of a 16-year-old girl last Thursday.

The case was reported to the police on Wednesday.

According to a notice signed by Head of Police Human Resource Department, Superintendent of Police Ahmed Muslim, Nazmeen was placed under suspension without pay under Article 65 (c) of Police Employment Regulation, effective last Thursday.

His arrest had come after angry residents gathered in Hithadhoo, demanding his arrest, in a demonstration in which clashes took place between protestors and the police.

He has been remanded in jail pending the outcome of his trial.