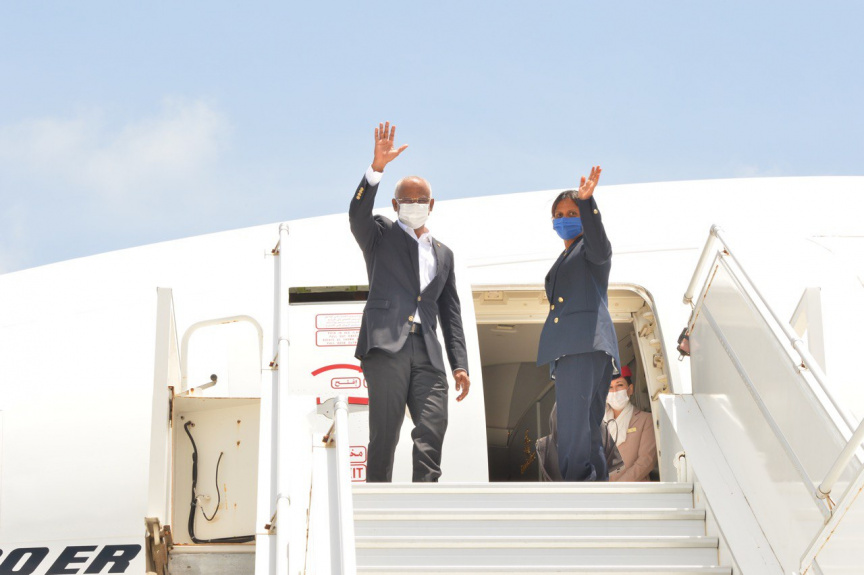 The President, along with First Lady Fazna Ahmed and a high-level Maldivian delegation, left for New York on Saturday morning.

President Solih is scheduled to deliver his address at the 76th session of the UNGA on Tuesday, September 21.

He is also scheduled for several bilateral and multilateral discussions with state and government leaders during his trip.

He is scheduled to conclude his trip to New York and return to the Maldives on September 28.