VP: We must increase women's engagement in politics 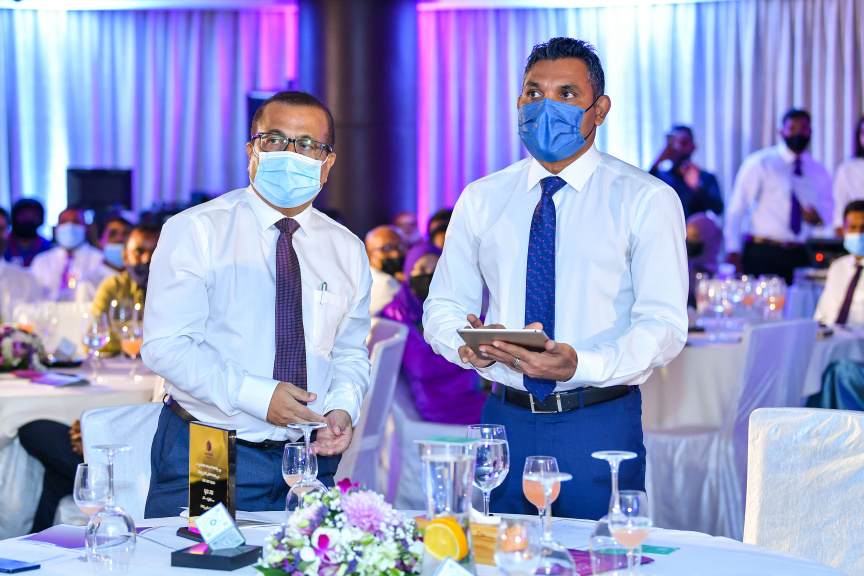 Vice President Faisal Naseem said on Wednesday that Maldives must work to increase women’s engagement in the political spectrum.

He made the remark in his speech after inaugurating Elections Commission (EC)’s strategic plans for five years from 2021 to 2025 in an event organized by EC to officially inaugurate the strategic plan and celebrate International Day of Democracy at Hotel Jen on Wednesday evening.

Speaking at the event, Faisal said the opportunities for women in politics have expanded over the past couple of years.

He stressed the importance of increasing women's engagement in the political spectrum.

He also emphasized the importance of upholding and strengthening democratic values, including majority rule and promoting equality and justice.

Faisal also spoke of Maldivian Foreign Minister Abdulla Shahid taking office as the President of the 76th United Nations General Assembly, and described it as a significant positive stride for Maldives and proof of the success of the country’s foreign policies.

Fuad Thaufeeq, the newly elected Chairman of EC, said that national and international reports show the credibility of elections in Maldives have been improving with the experience gained from each election.

He described it as a huge achievement.

“It’s a fact we must accept that national and international reports on elections held in Maldives state the credibility of elections are improving,” he said.

Fuad said that organizing an election is a major undertaking, and one of immense responsibility.

He said that the work of the EC is to safely deliver the decision of the people.

Fuad said he believes the EC is providing good services to the people.

The event on Wednesday was also attended by Fuad’s predecessor Ahmed Shareef, who resigned back in June.

VP Faisal presented commemorative plaques by EC to its employees in acknowledgement and recognition of their contributions to the commission. An online portal displaying comparative statistics from past elections was also launched at the event.