Shahid: Contending for presidency of UNGA ‘best decision I have taken’ 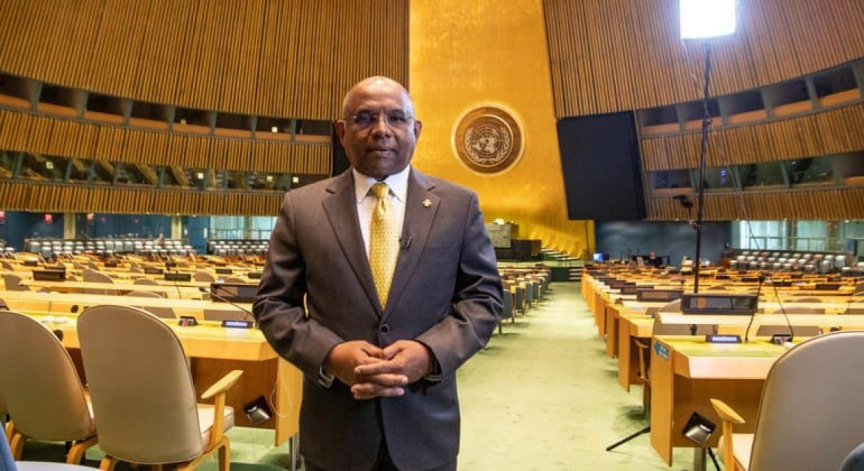 Maldivian Foreign Minister and President-elect of the 76th United Nations General Assembly Abdulla Shahid states that contending for the presidency of the UNGA was the best decision he ever made.

He made the remark in an interview to UN News this Tuesday.

“I am taking office knowing very well the challenges that I will face.  I have been asked many many times, why did you throw your name into the hat at such a hectic time? I would say this is the best decision that I have taken,” he said.

Shahid said that presidency of UNGA is an opportunity for a small island nation such as Maldives to mak a difference.

“For the Maldivian people it is a great honour. It is a privilege for a Maldivian to be presiding over the General Assembly,” he said.

Shahid is set to assume presidency of the 76th UNGA on early Wednesday.

Shahid was elected to the UNGA based on his agenda - ‘Presidency of Hope’ - which prioritizes five ‘rays of hope’; recovering from COVID-19, rebuilding sustainably, responding to the needs of the plant, respecting the rights of all, and reforming the UN.