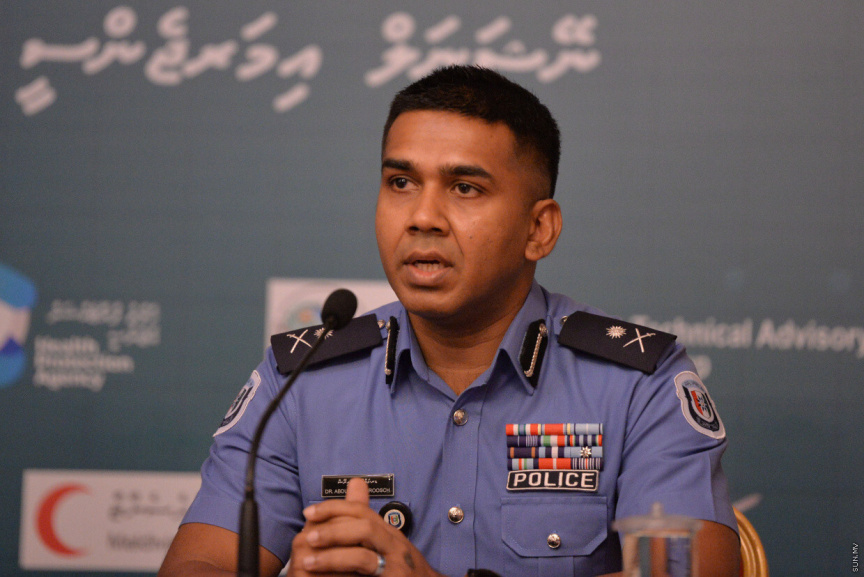 The issue of Fairoosh’s retirement was submitted to the committee by Parliament Speaker, former President Mohamed Nasheed.

The committee’s report following its inquiry into the issue was presented at the Parliament on Tuesday morning.

The committee wrote in its report that according to Home Minister Abdulla Imran, no one questioned Fairoosh’s retirement or submitted a complaint regarding the decision with Maldives Police Service.

Imran said that Fairoosh had been preparing to retire since mid-2020, and that he had not been aware of planned amendments to the Police Service Act at the time.

The bill was passed in December 2020, and took effect in March 2021. Fairoosh was granted an honorable retirement in January 2021.

The committee said it does not believe the decision to allow Fairoosh an honorable retirement without raising an administrative issue or without even the possibility of raising such an issue against him under Article 112 of Police Service Act, in light of the evidence of his conduct in official parliamentary recordings as well as publicly released audios and videos was properly looked into.

The committee decided on making two recommendations to the police.

The committee recommended that the police, when faced with retirement requests by officers facing similar allegations in the future, make decisions to allow honorable retirements after taking the allegations into account.

The committee also recommended that the police establish a policy or regulation to improve the efficiency of the mechanism for dealing with such issues in order to prevent such issues from occurring again, and share it with the committee.

Fairoosh had taken over as Acting Police Commissioner, following the fall of Nasheed’s administration on February 7, 2012. He is accused of playing a key role in the civil unrest preceding Nasheed’s resignation - which Nasheed maintains had been forced.