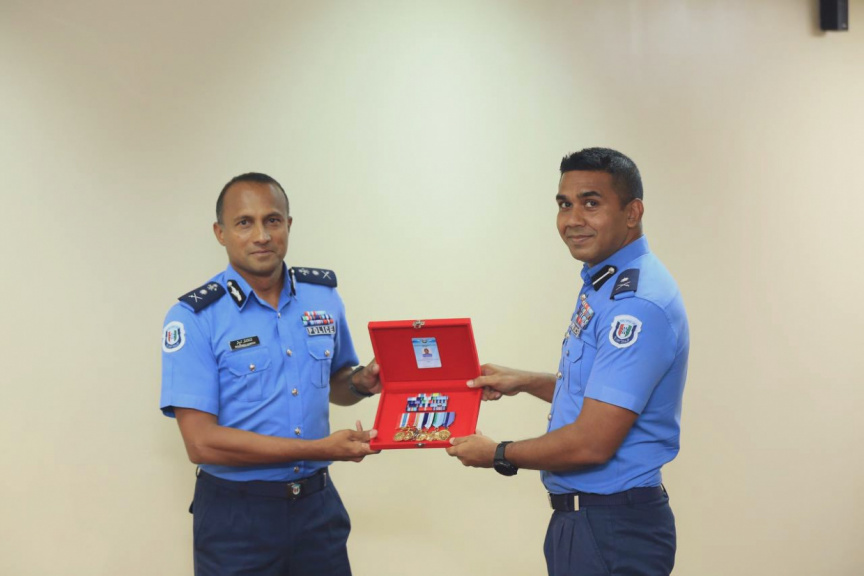 Assistant Commissioner of Police Dr. Abdulla Fairoosh has retired after 20 years of service to Maldives police.

His retirement was confirmed by Commissioner of Police Mohamed Hameed in a tweet on Saturday afternoon.

Hameed commended Fairoosh for “a 20 year long illustrious police career”, and wished him success in his future endeavors.

“I sincerely thank him for his invaluable contributions to the police service and for his service to the public,” he said.

Fairoosh joined Maldives police on October 12, 1998. He has a PhD in Policing, Intelligence and Counter Terrorism, and a Master’s Degree in International Security Studies.

His retirement comes within a week after the enactment of the new Police Act, which has provisions to enable the Police Board to investigate and dismiss high-ranking police officers accused of corruption and inhumane acts.

Fairoosh had served as acting head of Maldives police following the fall of former President Mohamed Nasheed’s administration in 2012, and is accused of playing a key role in the civil unrest preceding Nasheed’s resignation - which Nasheed maintains had been forced.

The decision to appoint Fairoosh as Assistant Commissioner of Police had been a point of contention within Maldivian Democratic Party (MDP).