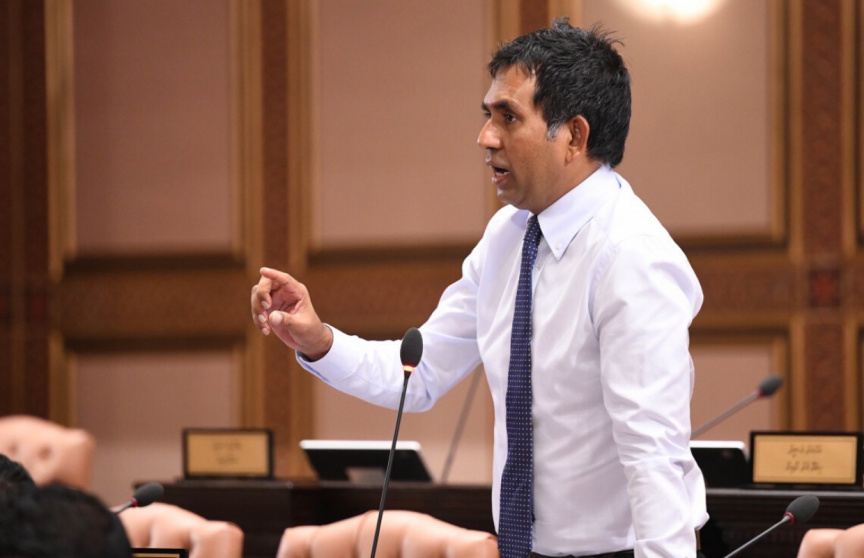 Speaking during the debate on the food quality protection bill during the parliamentary sitting on Tuesday morning, Saeed noted that all presidents receive five years to develop the country.

Saeed, who served as Economic Minister during the previous administration, said that President Solih is being seen spending his five-year time preparing for elections, and has not conducted any development projects.

“I see President Ibrahim Mohamed Solih as someone who makes promises for campaigns, who continues to make promises while failing or refusing to fulfill promises,” he said.

Saeed said that one example of his failure to fulfil promises was the R. Alifushi airport development project.

Saeed said that the President announced the project without allocating a budget or having sources to finance the project during an election “as a favor to a brother-in-law” to bother Inguraidhoo MP Hassan Ahmed.