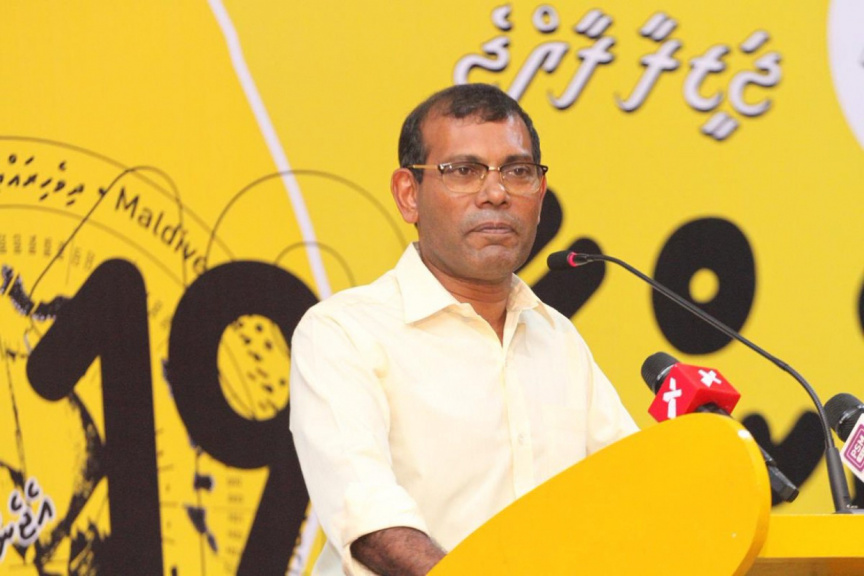 Maldivian Democratic Party (MDP) leader and Parliament Speaker, former President Mohamed Nasheed said on Sunday that all political parties expect for Jumhoory Party (JP), that joined MDP to form the coalition which won the 2018 presidential elections, agreed to hold a constitutional referendum on switching to a parliamentary system.

Nasheed, is in UK recovering from injuries he sustained in an assassination attempt in May, hosted a virtual press conference on Sunday afternoon. Speaking at the press conference – his first since the attack in May – Nasheed said that MDP shared its wish to change Maldives’ government system to a parliamentary system with all coalition partners.

Nasheed said that the coalition partners except for JP – Maldives Reform Movement (MRM) and Adhaalath Party (AP) – had agreed to a referendum at the time.

Nasheed’s supporters have started a petition calling for a referendum to decide on a government system. The petition has gathered thousands of signatures, including that of some MDP parliamentarians loyal to Nasheed.

However, MRM’s leader, former President Maumoon Abdul Gayoom has spoken out against switching to a parliamentary system. He said that the people had already made their decision in the 2007 referendum.

MRM issued a short statement via Twitter shortly after Nasheed’s press conference denying agreeing to support a government system except for a presidential system.

“MRM has always supported a presidential system. We inform the beloved Maldivian people that we have never decided to, nor agreed with any party to support a different system,” said MRM.

Speaking at the press conference, Nasheed also announced his intention of competing in the 2023 presidential elections.

He expressed confidence he will win the MDP primary.

“In Sha Allah, I will not lose. I run in elections to win,” he said.

Nasheed said that no candidate will receive the MDP ticket without competing in primary.

Nasheed, who recently expressed willingness to work with opposition Progressive Party of Maldives (PPM), said on Sunday that there are certain fundamental policies the parties must agree on in order to work together.

He said that parties must agree on foreign policy.

“I say this clearly. We can only engage in political talks with any party if we find a common political philosophy. As such, ceasing disparaging comments against India is useful. Their policies must be shaped that way,” he said.

Nasheed said that other fundamental principles MDP will not compromise on includes standing against extremism and supporting principles of democracy.

Nasheed has repeatedly expressed concern over anti-India comments by opposition politicians, who see India’s influence as a threat to Maldives’ independence.

'Mistakes on the school textbooks are deliberate'