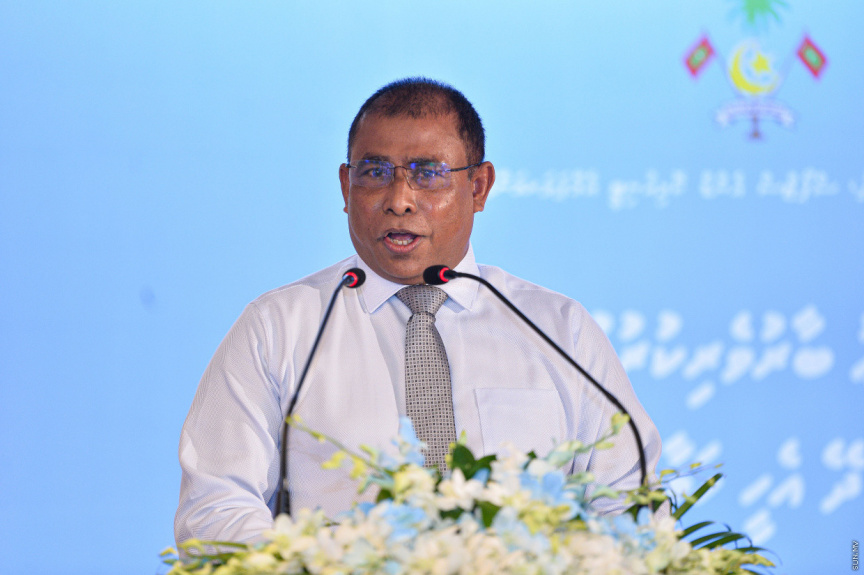 Tourism Minister Dr. Abdulla Mausoom has embarked on a tourism diversification and localization tour, as part of which he plans on visiting all the atolls of Maldives.

Mausoom told Sun on Saturday evening that the tourism diversification and localization project is an initiative of the Tourism Ministry.

Mausoom said he is covering the islands of HA. Atoll and HDh. Atoll in the first leg of the tour.

He visited all inhabited islands of HA. Atoll, except for Ihavandhoo, by last Friday.

Mausoom is accompanied on the tour by parliamentary representatives and councilors. He said that he plans on working closely with local councils to implement the project.

Mausoom’s goal is to make Maldives the “pioneers of tourism”, and to increase the involvement of women in the sector.

Meeting with members of women’s development committees in his tour, Mausoom said that women can be involved in tourism, even if they do not perform conventional jobs in the sector.

He encouraged women to engage in businesses related to tourism.

Mausoom said he also wants to diversify tourism so local communities can derive direct benefits from the sector.

Mausoom met with presidents of atoll councils and mayors of city councils the day after new councilors took office to share his plans.

The delegation led by Mausoom is visiting an average of four islands per day in its current tour.

'Tourists from China will begin to increase in Jan'