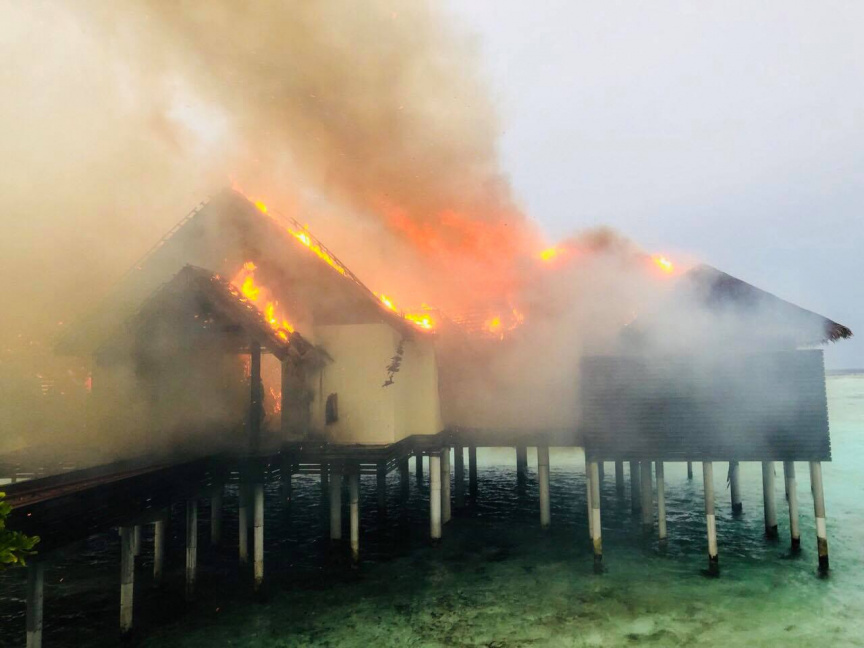 A fire has broken out in an overwater villa at Niyama Private Islands Maldives, a resort located in Dh. Atoll.

An official from Niyama told Sun the incident took place at approximately 08:30 pm this Saturday.

“The fire broke out in one of five rooms developed close together as water villas. The fire has been controlled,” said the official.

The official said there was no one inside the villa when the fire broke out, and that no one was injured in the incident.

The official said that as the resort investigates the cause of the fire along with damages, preliminary findings show the fire resulted due to a short circuit.

The official said that Maldives National Defense Force (MNDF) firefighters went to the resort in response to the incident, but the fire had been controlled by the time they arrived.

A similar fire incident took place at Niyama back in 2018, in which three overwater villas were damaged beyond use.