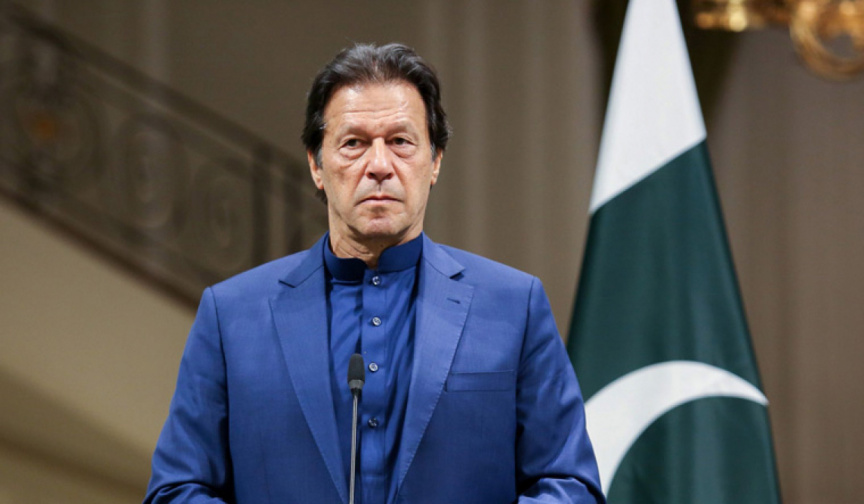 Pakistan’s Prime Minister Imran Khan has stated that Pakistan has no favorites in the battle in Afghanistan and has denied the allegation Pakistan is aiding the Taliban.

Expressing displeasure over the allegations by the US over the conflict in Afghanistan, Khan said the entire world is witness to US’ failure in Afghanistan, and accused US officials of shifting the blame for their failure to Pakistan.

SITUATION IN AFGHANISTAN DETERIORATED BECAUSE OF THE US

Khan said the situation in Afghanistan deteriorated due to the US, and accused the country of failing in its attempts to exert influence over the whole region by deploying combat troops to Afghanistan. He said that the current scenes in Afghanistan are a result of the failure of US’ military and political efforts to shape Afghanistan in accordance with US’ interests with complete disregard for the aspirations of Afghans, over the course of 20 years.

US and NATO allege the currently speedy military takeover by the Taliban is being achieved through indirect support from Pakistan. However, Pakistan denies the allegation. US and top countries in the NATO also believe Pakistan has the influence to force the Taliban to open a dialogue with the Afghan government and enable a political solution.

However, Khan said that the Taliban refuse to talk with the US-backed Afghan government despite pressure from Pakistan. He said the solution to the conflict lies with the peace talks in Qatar, which is also being joined by the US and Pakistan, along with a number of other countries.

MAJOR SHIFT IN PAKISTAN’s POLICIES OVER PAST 10 YEARS

Media reports indicate the US and India – which has appeared to be one of its top allies as of late - to be the most alarmed by Taliban’s speedy military gains in Afghanistan. Pakistan, which had been US’ ally in the region in the past, has undergone major internal changes over the past decade. This includes Pakistan’s refusal to fulfil US’ wishes, Pakistan’s increased economic and military ties with China, and Pakistan’s decision to seek China’s military technology instead of military aid from the US.

REFUSAL TO ALLOW US MILITARY BASE IN PAKISTAN

One reason for US’ displeasure towards Pakistan is its refusal to allow a US military base in Pakistan, which would have allowed the US to continue to keep close military control over Afghanistan after removing its troops.

Khan has repeatedly stated he will not allow for a US military base in Pakistan.

The US defense department, Pentagon has stated the US wishes to establish a military base in a neighboring country in order to monitor the situation in Afghanistan. However, the US has not disclosed whether it approached Pakistan, specifically, seeking to build a military base.