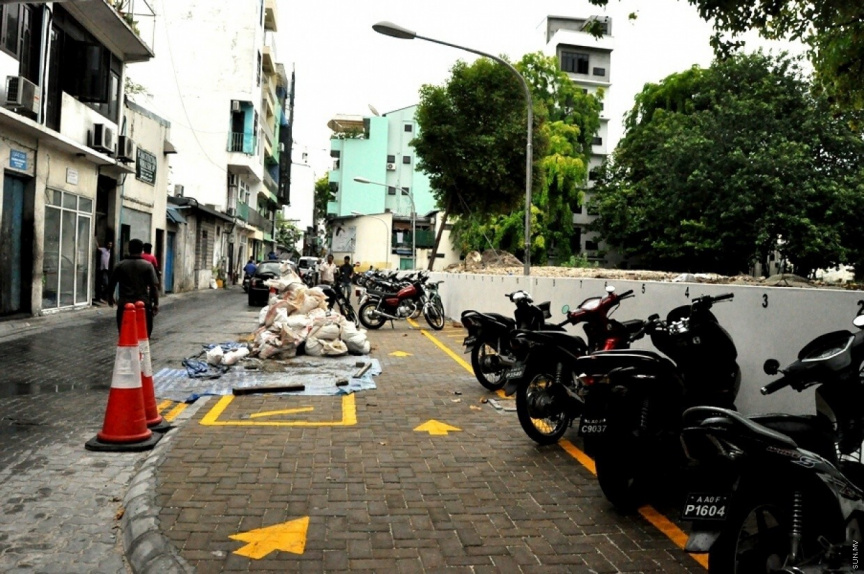 In a public discussion held in Machangolhi regarding a land use plan for Male’ on Tuesday night, Mayor Dr. Mohamed Muizzu said the parking building planned for the district will create employment opportunities and new business opportunities.

He said that Male’ has no choice but to opt for vertical parking, and that the issue facing the capital cannot be resolved unless a solution is found even if outside the state and council budget.

Muizzu said the council plans on constructing the building in the land where the Machangolhi Cemetery currently stands, but will not finalize any decision without seeking public opinion.

Muizzu said that there are other state-owned lands in Machangolhi that can be used for the building if the people are opposed to the idea.

“For example, if this parking building is constructed in the cemetery land, when we do the math, 150 cars and approximately 300 motorcycles can be accommodated on six floors. The capacity can even be increased further,” he said.

Muizzu said that while the parking issue needs a permanent solution, it cannot be done without investment. He said that arrangements therefore need to be made to facilitate a return on investment from the building itself.

He said the council will open the opportunity for investors to open such parking buildings in other areas of Male’ City.

Muizzu said the council cannot provide an effective solution to the traffic issues facing Male’ City unless it receives full cooperation from the government and all relevant institutions.

Mechanical parking systems were installed across Male’ during former President Abdulla Yameen Abdul Gayoom’s administration to solve parking issues in the capital. However, the systems were never used and rusted over. Many of the systems have since been removed.

The western end of Machangolhi Cemetery – which the council is eying for its parking building project – is already in use as a parking zone.