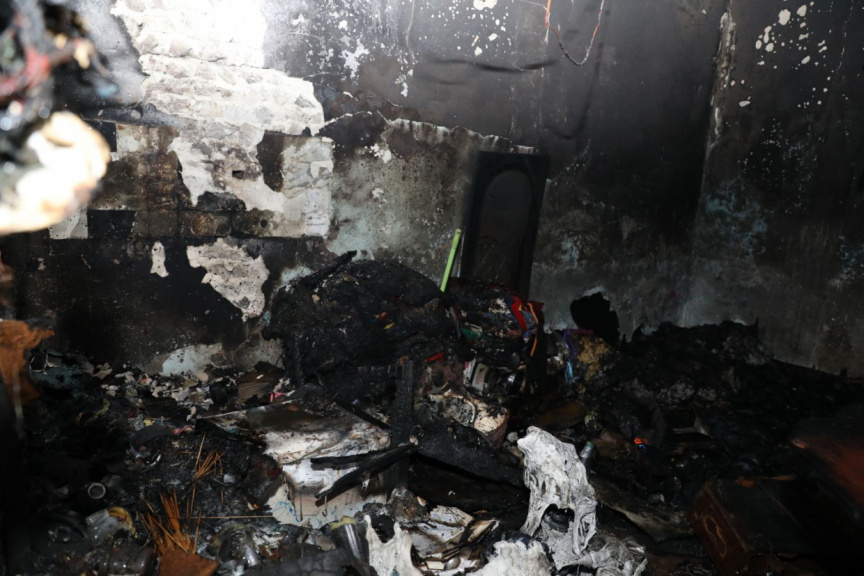 The room situated at Ma. Amtation where a fire broke out tonight. (Photo/MNDF)

A fire broke out at a room in a Male’ City home tonight – and subsequently, all the items in the room have been burnt beyond use.

MNDF had stated that they were informed of a fire that broke out in one of the rooms situated in Ma. Amtation around 19:45 this evening. They also confirmed that no persons were injured in the fire.

Information Officer of MNDC, Major Ibrahim had told Sun that the fire had caught on some clothes, sofa, and the mattress placed in the room.

The fire was controlled around 20:04 in the evening – however, items in the room were burnt beyond use. Photos of the incident publicized by MNDF show the severity of the fire.