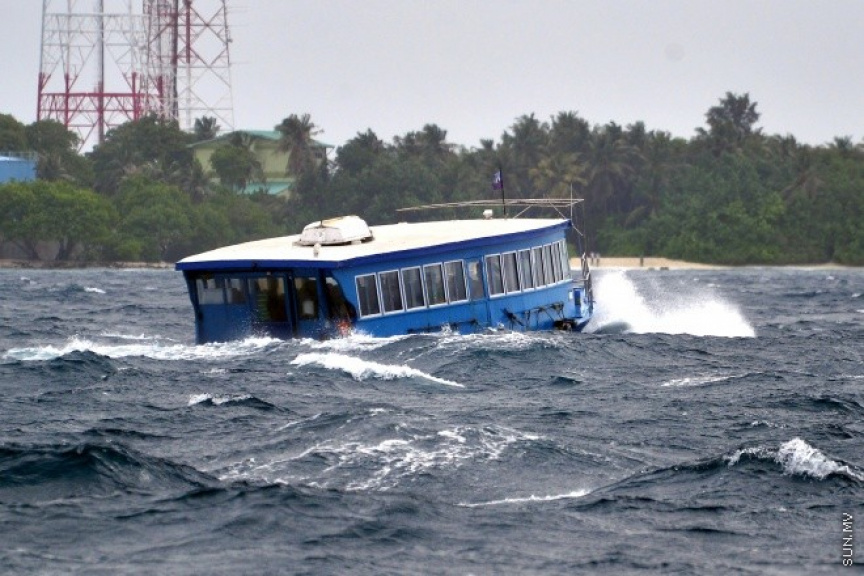 Maldives Meteorological Services (Met Office) has warned of impending bad weather for most of the country for the next 24-hours – strongly urging seafarers to exercise caution during travel.

Met Office explained that the country is presently experiencing bad weather due to a low-pressure trough formed in the region.

“We are expecting a 24-hour spell of bad weather – with widespread rain and thunderstorms. Hence, we highly urge all seafarers to exercise caution during travel,” he had said.

Meteorologist from Met Office Mohamed Shahudh had told Sun that fairly widespread rain with a few heavy showers and thunderstorms are expected over the country.