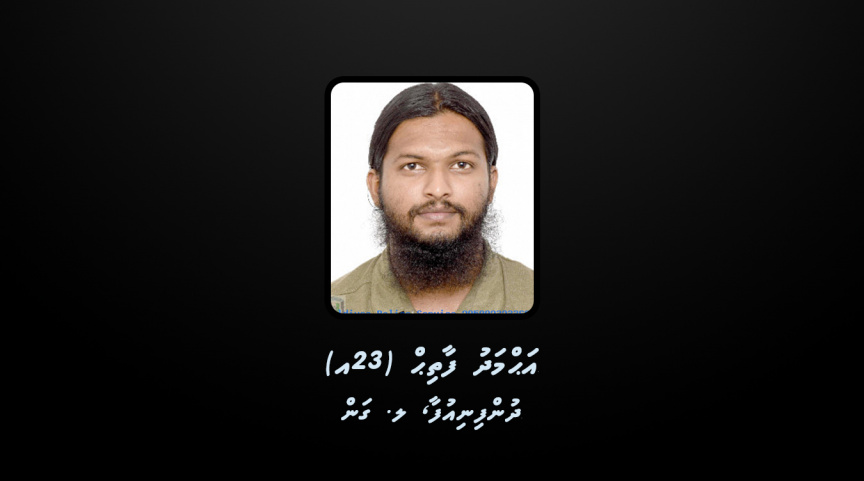 Ahmed Fathih, 23, Dhunfiniufaa, L. Gan, arrested in connection to the IED attack outside the residence of Parliament Speaker, former President Mohamed Nasheed on May 6 has been released from police custody.

A media official from Maldives Police Service had told Sun that Fathih was released from custody as the Prosecutor General’s Office (PGO) had decided to not press charges against him.

“Fathih, who was arrested in connection to the IED attack outside the residence Nasheed on May 6 has been released from our custody as PGO will not be pressing charges against him,” the media official had said.

Fathih was one of the initial arrests made by police in connection to the case. He was arrested on May 19 from B. Dharavandhoo – under the suspicion of having aided the others arrested in connected to the case.

During a press conference held on August 3, Prosecutor General Hussain Shameem had explained that PGO is unable to charge Fathih at the moment based on the available evidence and that he is unable to go into detail as the investigation against Fathih remains open. He also added that a final decision on whether he will be charged or not will be decided once the investigation is complete.

“Based on the evidence and information available to us at this time, we have decided not to press charges against him at this time. I will not go into further detail,”

“The investigation into this case hasn’t been completely concluded. And there is still certain information required from Fathih. And we have yet to completely finalize some of the information on Fathih,” he said.